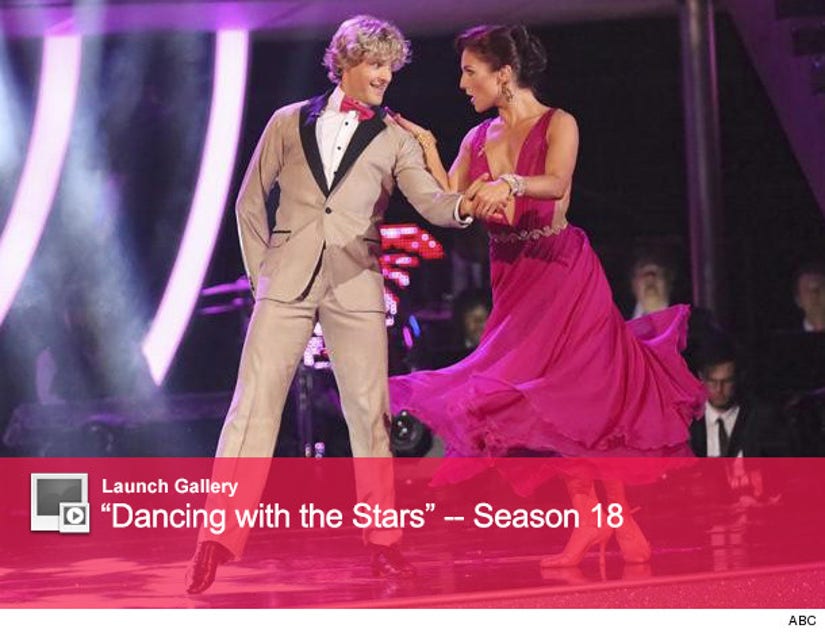 One week to go!

It was American Icons night on Monday's "Dancing with the Stars," and the remaining five couples were fighting hard for the finish.

The semi-finals came down to a pair of couples who easily could have vied for the mirror ball against each other, but a fan-favorite was sent packing. (Spoilers ahead!)

Although the competition was extremely close, Charlie White and Sharna Burgess were sent home, despite a solid score of 76 out of 80 for the night.

Here is a rundown of the night's performances and scores:

James Maslow and Peta Murgatroyd: 40 points for their cha-cha to "Escape" by Michael Jackson. And later, 36 points for their Rumba to "Islands in the Stream" by Kenny Rogers and Dolly Parton.

Meryl Davis and Maksim Chmerkovskiy: 40 point for their jive to "Hound Dog" by Elvis Presley. And later, 40 points for their Viennese waltz to "Just a Fool" by Christina Aguilera.

Do you think Charlie deserved to go home? Sound off below, and click "Launch Gallery" above to see the full cast of this season's "Dancing with the Stars!"