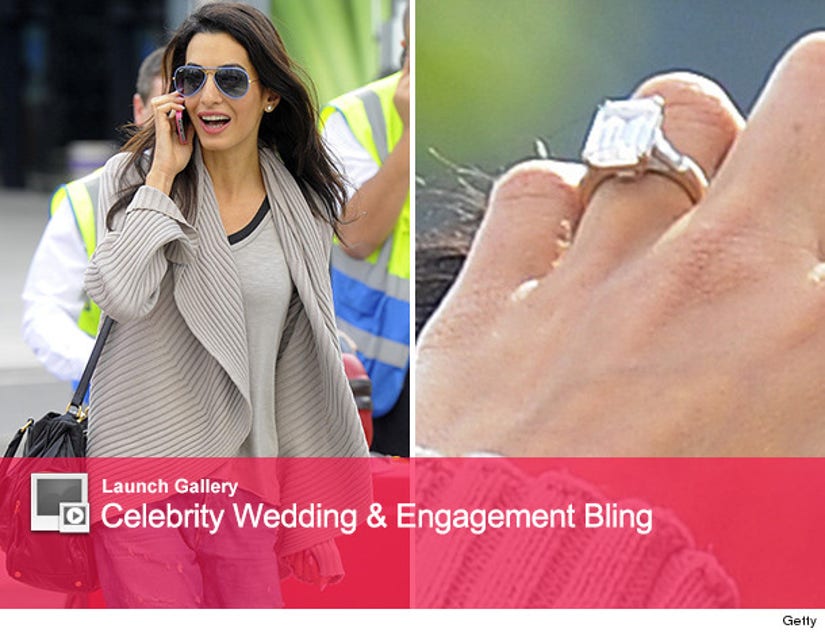 That bling is blinding!

The brunette beauty looked casual yet chic for her flight, rocking a tan wrap sweater, T-shirt and torn jeans.

Allegedly, the actor dropped around $800,000 for Amal's engagement bling and it definitely shows!

The "Gravity" star reportedly popped the question in April, and the pair were spotted at Craig's in Hollywood "toasting their engagement" shortly thereafter.

Clooney and the British lawyer were first spotted together last October ... when he was still linked to model Monika Jakisic. This will be the second trip down the aisle for the 53-year-old, who was married to Talia Balsam from 1989-1993.

We can't wait to see the lovebirds tie the knot! What do you think of Alamuddin's ring?

Sound off below and click "Launch Gallery" above to see even more celebrity wedding and engagement bling!