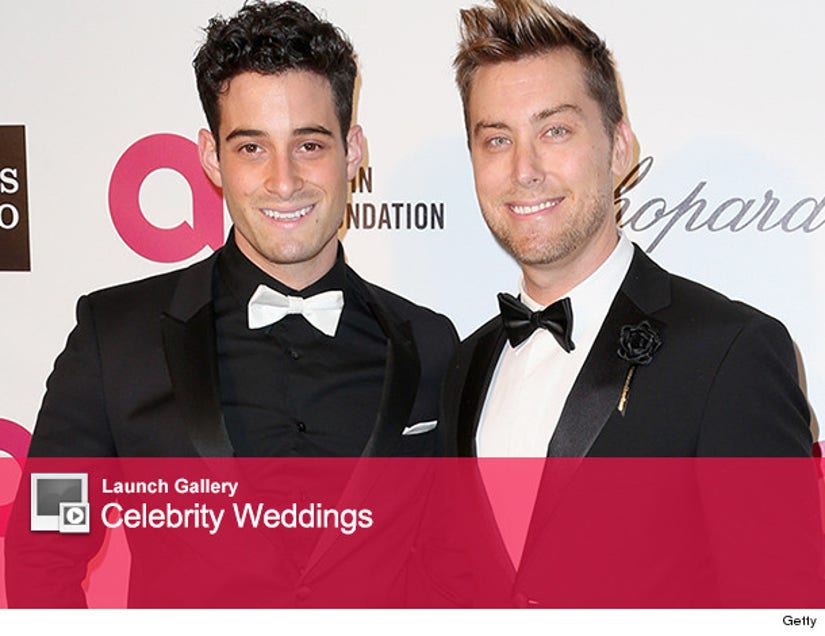 Lance Bass is getting ready to say "Bye Bye Bye" to the single life when he ties the knot with fiance Michael Turchin later this year.

And, like his good Kardashian friends, the former NSYNC* star will have his nuptials televised on E!

The network will air a wedding special starring the couple, one that will follow them as they plan the ceremony "of their dreams."

toofab's Brian Particelli talked to Bass at the grand opening of Lisa Vanderpump's new PUMP Lounge on Tuesday night in West Hollywood -- where he revealed a few details about the couple's special day.

"I think it's really special, it's the first big gay wedding show," he says. "It'll be nice to show Middle America a nice loving gay wedding, so they can say 'Wow, O.K., I actually know a gay person now.'"

Bass says the couple just started planning only days ago and have already picked out their venue.

When asked by another reporter if he'll be attending Kim Kardashian and Kanye West's ceremony in Paris, he made it clear he won't be leaving the country anytime soon.

"I will not be going to Paris. I am booked every day over here. Destination weddings are not in my future," he says.

When we asked if that included his own, Lance replied, "No, even my own wedding will be local. There's no way I'd be able to go out of town for anyone else's."

Bass says he and Michael have "equal footing" when it comes to deciding all the details and revealed they also have an "amazing" wedding planner.

"It's going to be a beautiful wedding," he adds.

Do you think one of the NSYNC* guys will be the Best Man? We can only hope!