Who's the better liar: Jennifer Lawrence or Jimmy Fallon?

The "Hunger Games" star stopped by "The Tonight Show" on Thursday, where she faced off with the late night host in a game called "Box of Lies."

The rules? Each selects a box -- without the other one seeing -- and then says what's in the box. They can either tell the truth or make up its contents, and the other person has to guess if it is a truth or a lie.

Sounds pretty simple, right? But in reality, it was pretty hilarious! Check out the video above to see the duo in action. 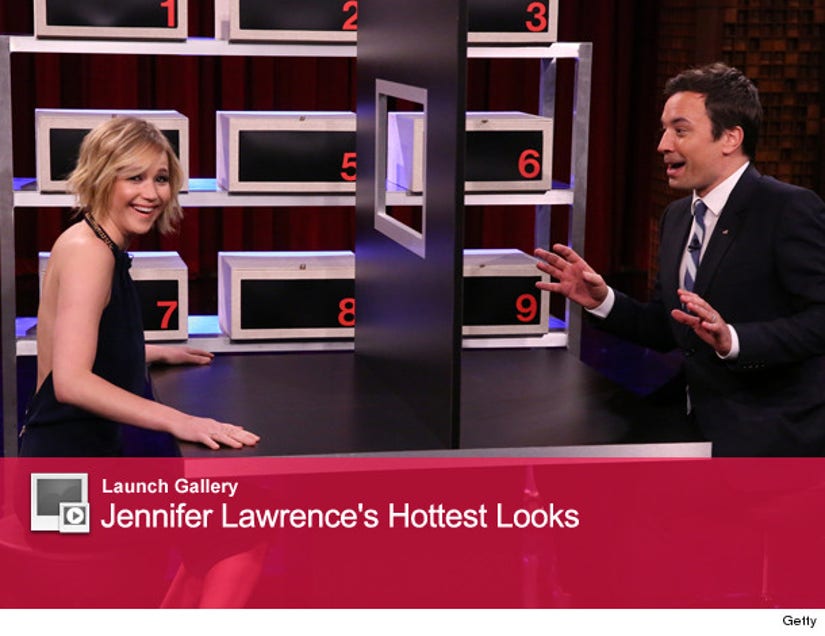 J. Law also squashed her beef with Fallon after he left her hanging during a recent event. "You had some scheme and it was crazy," Fallon said. "You wanted to dance with Jennifer Lopez and you wanted me to go over and dance with her, too."

Lawrence pointed out that she wasn't the mastermind. "We came up with this idea together," the "X-Men: Days of Future Past" star told Fallon. "We both saw J.Lo, and this was like 10 Jello shots in. And I've never done jello shots—I didn't go to college. So we were dancing and we J.Lo and were like, 'Well, we gotta get J. Lo to dance!' So I was like, 'We'll do a spin, and then we'll go, 'Dance with us!'"

This is just the beginning of the crazy story! Watch the clip below to see how the night ended, and click "Launch Gallery" above to see Jennifer's hottest looks.