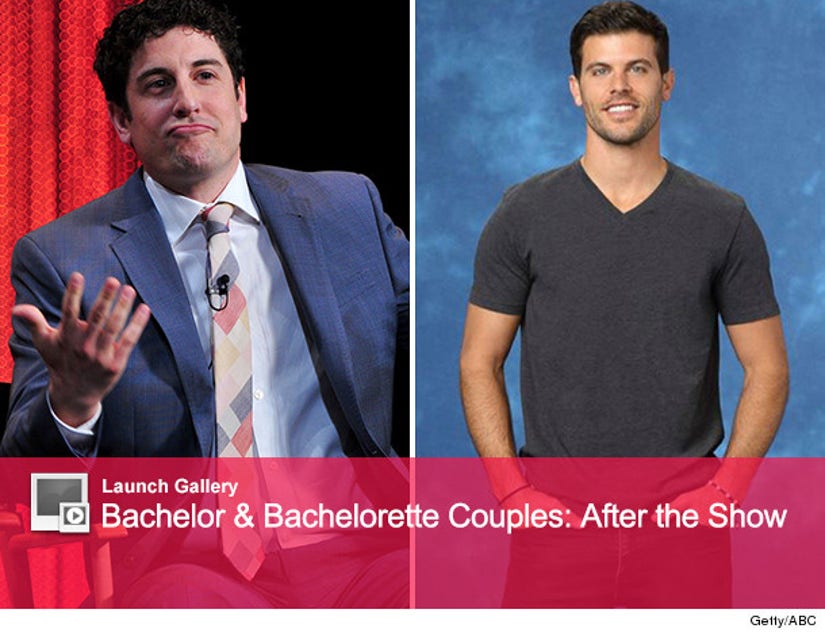 During the premiere of "The Bachelorette" ﻿Monday night, Chris Harrison paid tribute to the late contestant Eric Hill, who died in a tragic paragliding accident on April 20, 2014.

"Throughout the years many hundreds of men and women have come on this show in search of love, and they've all become a part of what we consider part of this family," Chris said. "At this time, we'd like to take a moment to honor one of these men — our friend, Eric Hill. Eric passed away shortly after concluding his filming o this show. In the coming weeks, you'll see Eric was a vibrant man."

But, not everyone took this tribute seriously.

The "Orange is the New Black" star, who is known for live tweeting the hit dating show, is facing some backlash on Twitter today, after he posted tasteless jokes about Hill's death.

"And 19 of them are still alive. #TooSoon," the "American Pie" alum tweeted. "Crazy rule change- instead of voting off the contestants, this season #TheBachelorette gets to kill them off," he added.

"#JasonBiggs is a great actor but his comments about #EricHill were uncalled for. #HaveRespect," one angry fan wrote on Twitter. "Too soon. So inconsiderate," another added.

Biggs hasn't tweeted a response to the criticism yet, but stay tuned!

Do you think the actor should apologize? Tell toofab in the comment section below, and click "Launch Gallery" above to see your favorite "Bachelor" and "Bachelorette" couples, after the show.