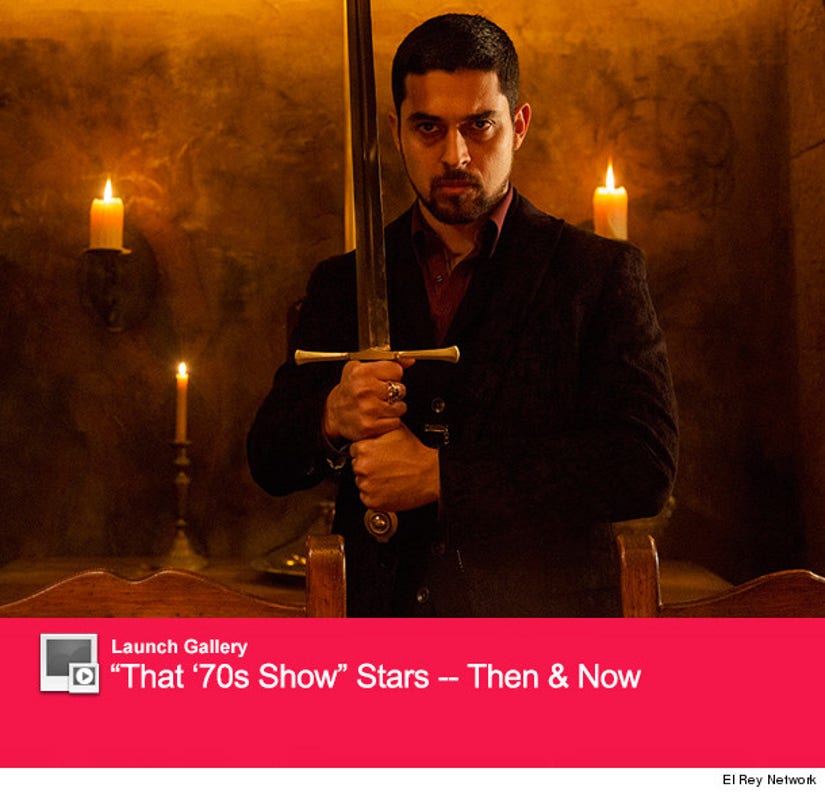 One's a show about carefree teens in the age of disco ... the other is a series starring demonic strippers ... but, according to Wilmer Valderrama, "That '70s Show" and "From Dusk Till Dawn" have a lot in common.

toofab's Brian Particelli talked to the star of the Robert Rodriguez series ahead of Tuesday night's season finale -- where he reminisced on Fez, his vampire transformation and what it's like to finally be a bad guy.

"This cast very much reminds me of 'That '70s Show,'" says the 34-year-old actor of his new batch of costars. "Everyone's having fun, just having a great time on set and that's whats been really special."

And speaking of his sitcom past, Wilmer admits fans still ask him to speak like Fez on a regular basis.

"Every day," he says. "But it's awesome. They remember your performance, they remember what you did that make them laugh and that's a beautiful thing. I'll never regret it. I'm so proud. Fez introduced me to the world."

These days he's taken on a much darker role as underworld crime lord Carlos Madrigal on the El Rey Network series, another part he's hoping people remember for years to come.

"It's been a blast [playing the bad guy]," says Wilmer. "It's been very fulfilling and very inspiring. I get to really exercise a whole different group of acting muscles. For Robert to give me the opportunity to play a character in this universe, it's a dream come true. I also get to wear really cool-ass clothes and get to do some crazy, twisted, dark scenes."

Fans of the series will see some very dark stuff in the big Season One finale -- including Carlos' first full transformation to his demonic alter-ego.

"I wanted the entire season for them to turn me," Valderrama tells toofab. "[Special makeup FX supervisor] Greg Nicotero is amazing. Eiza Gonzalez had the most elaborate transformation, she had a whole whole body transformation, so that was insane for her. She'd have to get in 3 hours early. If our call time was 5am she had to be there at 2."

Wilmer says his character's look was inspired by a Black Mamba snake and the creatures are something "that even vampires would fear."

While his place in Season Two is unclear, Valderrama is keeping very busy these days outside of "From Dusk Till Dawn." The actor says his production company is about to announce its first big animated feature in the next few weeks and he'll also get to work directing his first feature film later this year.

Check out the finale of "From Dusk Till Dawn" on Tuesday night on El Rey Network.