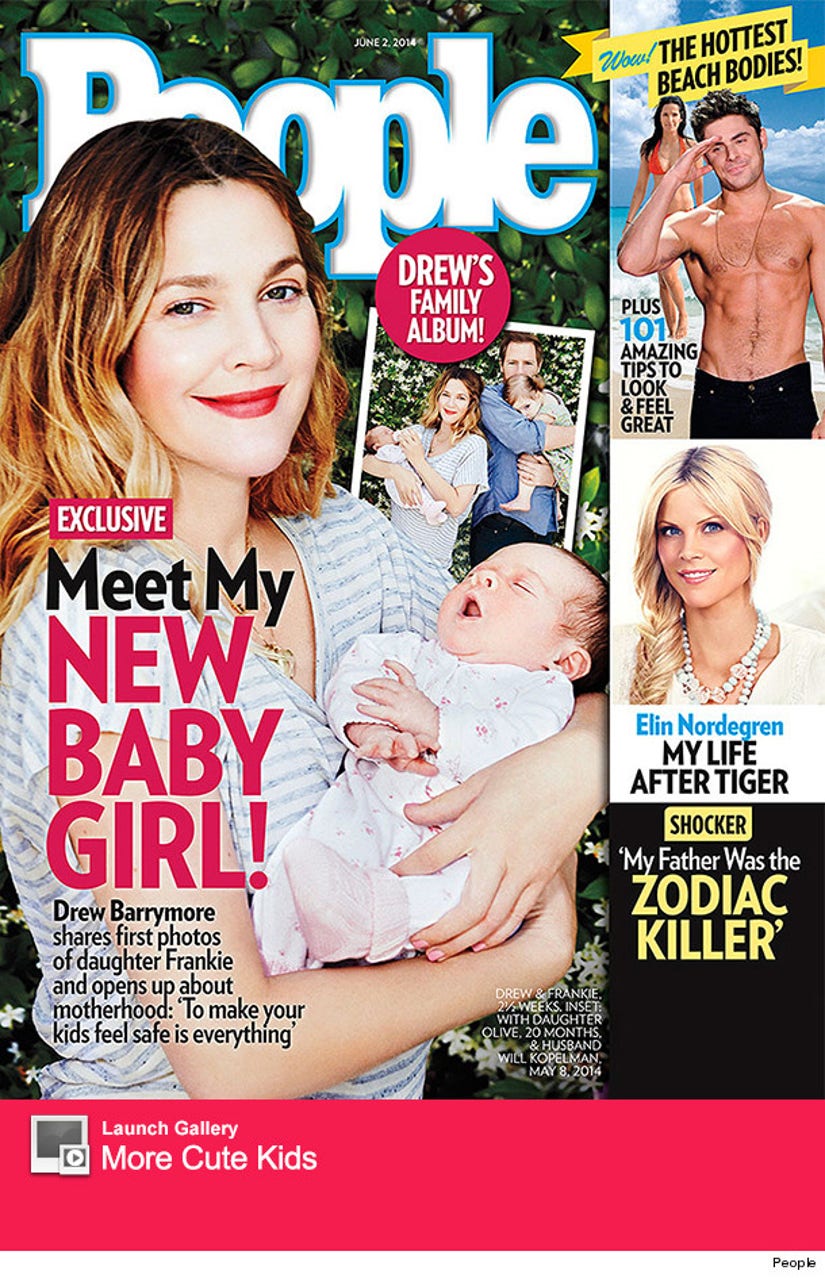 One of Hollywood's newest tots just scored her first magazine cover with her famous mama!

Drew Barrymore and her newborn baby girl, Frankie, are gracing the cover of People's June 2 issue, where the actress introduces her then-2 1/2 week old daughter.

The "Blended" star, who welcomed her second child with husband Will Kopelman on April 22, says her recovery with Frankie was quicker this time around than following her first pregnancy with elder daughter Olive, 20 months.

"I knew that I have two kids to take care of now and just kicked my own butt to get back into the swing of things immediately," she tells the mag.

What's the biggest challenge of raising two daughters? "Just being split," the 39-year-old admits. "They're awake and asleep at different times, or awake at the same time, and it's a juggling act a little bit."

The blonde beauty says Olive loves being a big sister -- for now, at least. "Olive loves Frankie and just wants to hang out with her all the time," she gushes. "She wants to feed her. She's super into it. That's now. I'm sure things will ebb and flow." Barrymore wanted Olive to have a sibling, she says, "because I really would have liked that in my life."

Because of her own tumultuous childhood, Drew was determined to create "a real stable home" for her children. "I know when my daughter wants to swing higher and jump into the pool and all of these things, she feels safe," the mother-of-two says. "To make your kids feel safe is everything.

To read Drew's full interview, pick up the new issue of People, on newsstands Friday.

What do you think of her candid comments? Tell toofab in the comment section below, and click "Launch Gallery" above to see more cute kids!