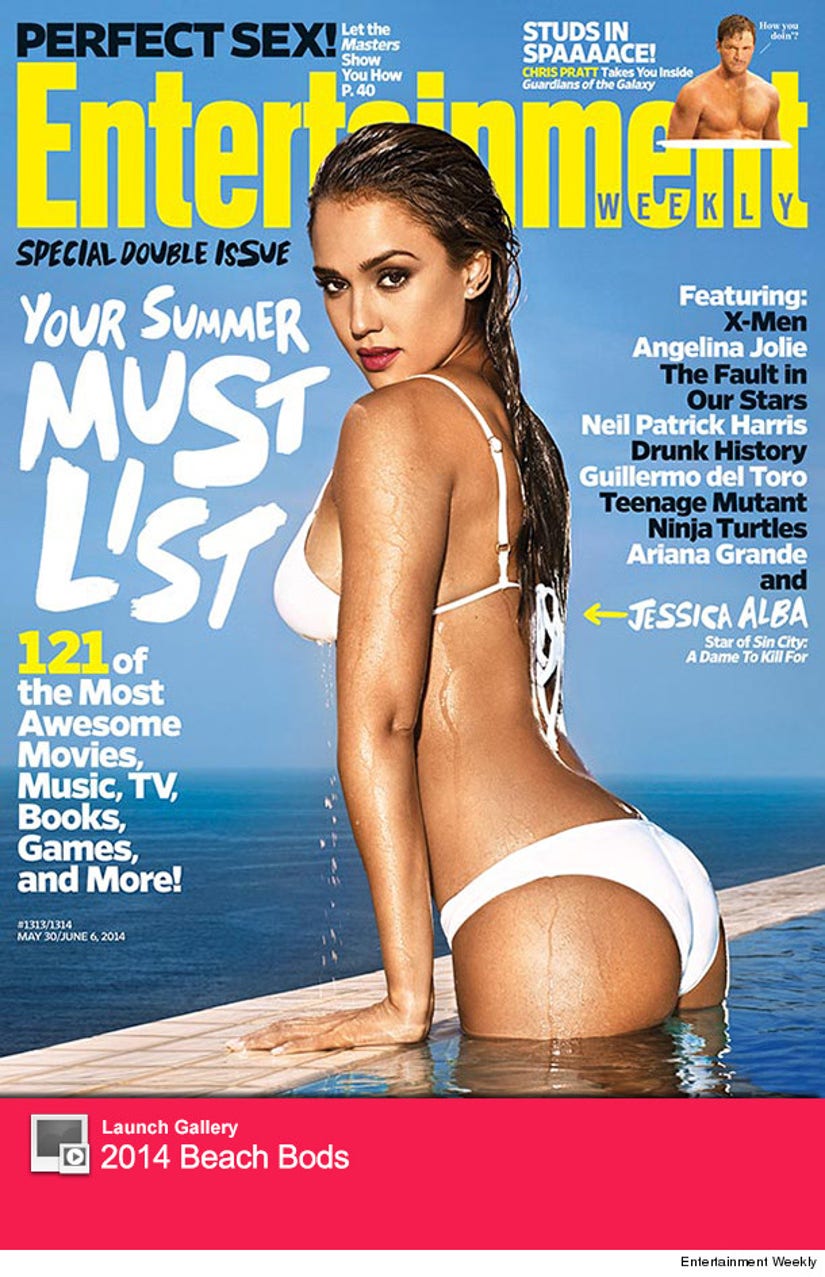 Jessica Alba is gracing the cover of Entertainment Weekly's Summer Must List Issue, where she's showing off her hot bikini body in a white bikini.

Later this summer, the mother-of-two is appearing in the high-anticipated flick, "Sin City: A Dame to Kill For." Alba returns as lasso-swinging stripper Nancy Callahan in the sexy sequel to 2005′s live-action comic book, co-directed by Robert Rodriguez and Frank Miller.

But this time, Alba's character has a little more bite.

"She was more naive in the first film. Ignorance was bliss," the brunette beauty tells the mag. "In this one there's no bliss and no ignorance. I wanted her to transition from being a victim to being someone who's in control of her own story."

The 33-year-old star's outlook on her place in Hollywood as an actress and sex symbol has also changed in the years since the first "Sin City." "I was such a deer in the headlights when I did the first one," she says. "I was so green and just trying to take it all in. I have a fearlessness now that I didn't before."

Check out the video below to see an exclusive look at Jessica's EW interview, and click "Launch Gallery" above to see celebrity beach bods!