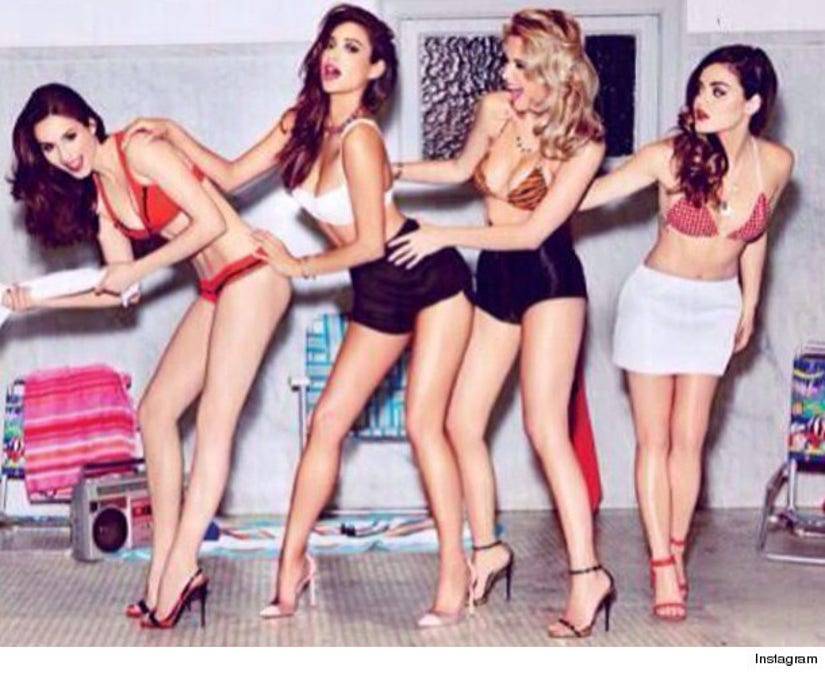 "PLL" star Troian Bellesario took to Instagram to speak out about recent reports that a photo spread of the cast in the June issue of GQ was overly Photoshopped.

The photoshoot (which the stars shared on their Instagram pages) shows Ashley Benson, Shay Mitchell, Lucy Hale, and of course, Troian posing in their bikinis for a day by the indoor pool. 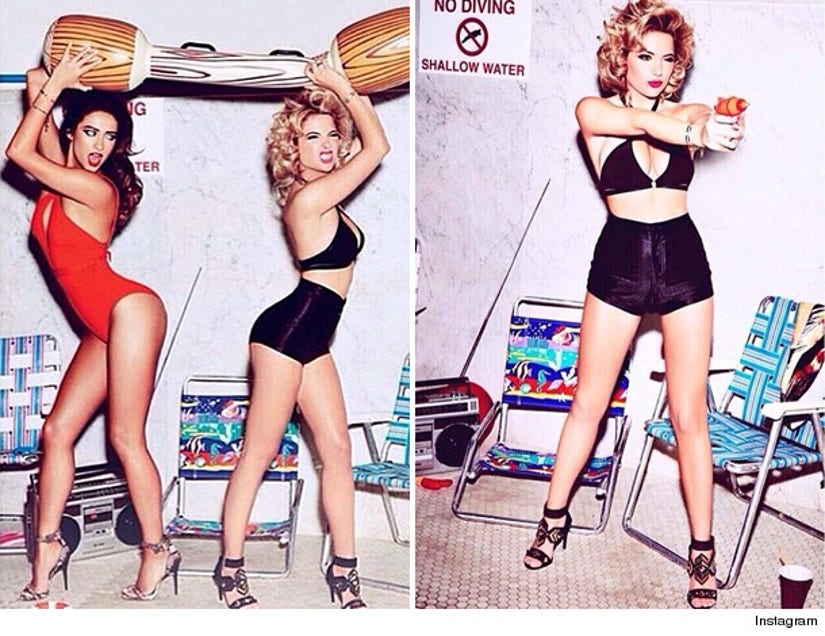 Some, however, don't think the images quite match up.

Hayley Hoover of The Gloss took particular issue with the digital work, writing, "While I understand that GQ's target demographic is probably, you know, not high school girls, it still makes me sad to see some of the smartest female characters on TV getting reduced to shiny, poreless Barbies." 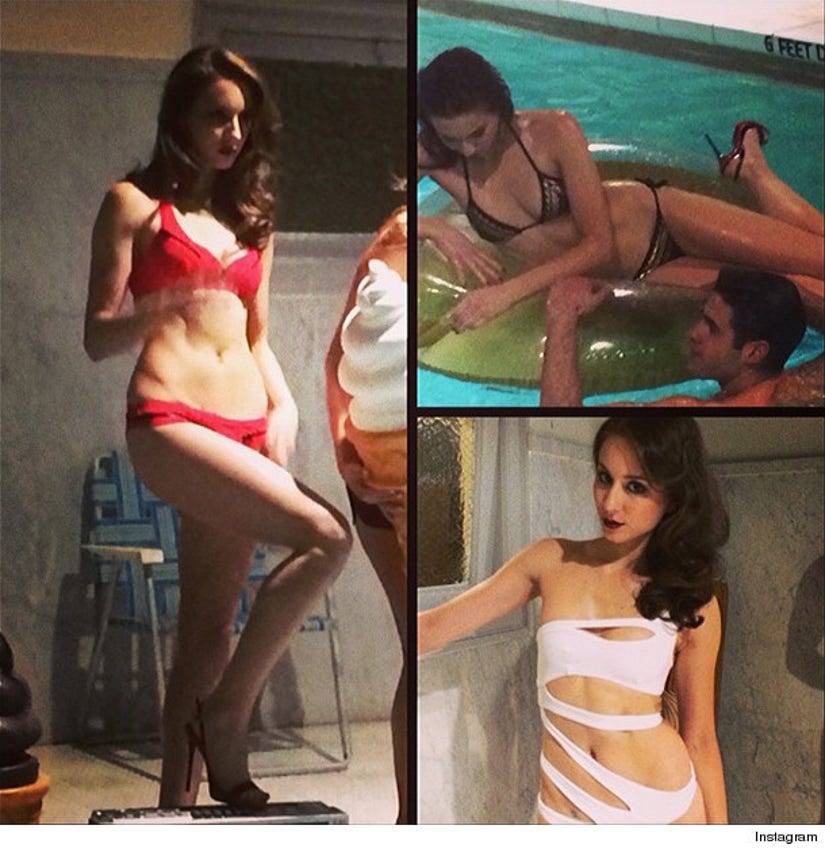 Bellisario addressed the criticism head on in a lengthy Instagram caption, along with an unretouched photo from on-set (above).

"So by now you have seen many a shot from #GQand many people have said that we were photoshopped... OF COURSE WE WERE! that's a very specific type of photo shoot. And looking very blown out and perfected was obviously what they were looking for. Great. Cool. As long as we acknowledge how it was achieved so we know it's not real," she declared. 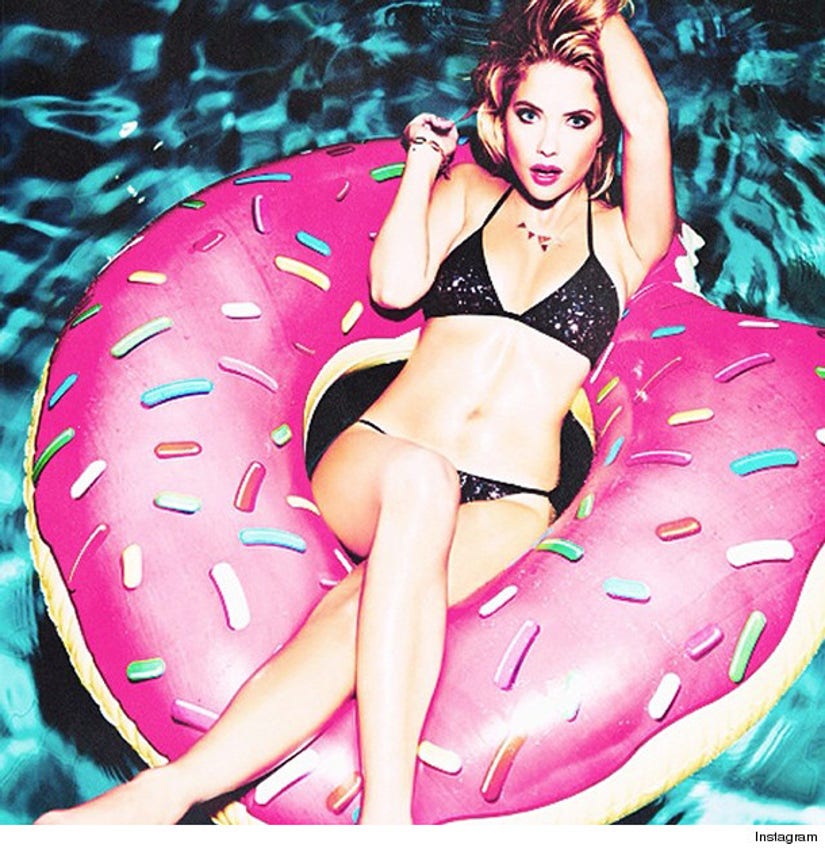 "Here's some behind the scenes of my body the way it is and was on the day. I'm not mad at how these pictures turned out, the girls and I had an absolute blast. More fun than we've had on a photoshoot in a while, and I think you can see that in our eyes and smiles. But it's the same everywhere. It's the same way on the posters of our show and even in women's magazines," she added.

"This industry seems to invest more in perfection than in flaw. But flaw and individuality, to me, are what make a human being interesting, they make our stories worth telling. (Unfortunately the flaws don't usually sell products or magazines) I'm proud of my body and the way it looks because @themarkwildman kicks my butt in aerial. But my hips and thighs are a part of me (even though they magically weren't in some shots!) I get those things from my momma. And I'm happy To shake what my momma gave me." 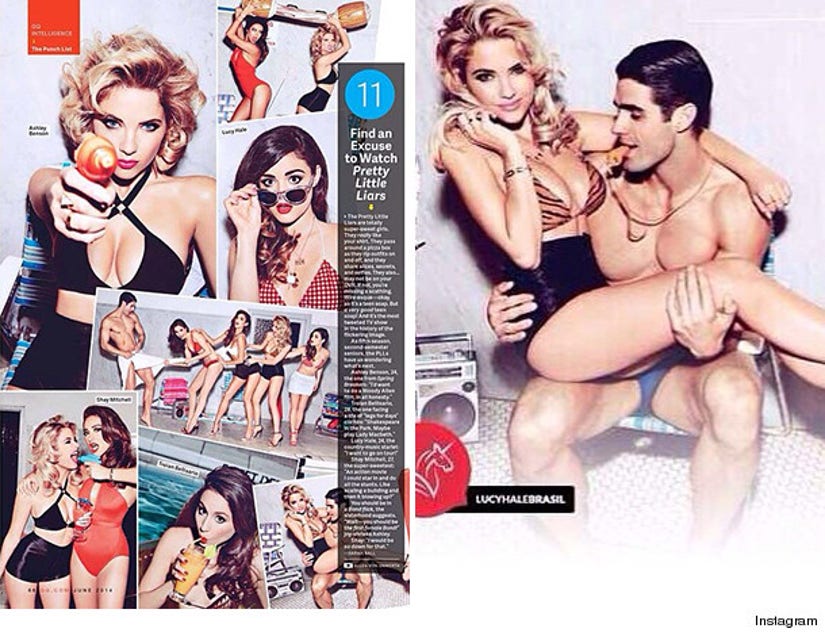 Troian posted another photo from the shoot and wrote, "I mean. Photoshopped or not. I work with three of the most gorgeous women on the planet. (Goddesses without hair and make up as well) @shaym @itsashbenzo @lucyhale #gq."

GQ has not commented on the Photoshop allegations, but do you think Troin has a point? Sound off below!