There's nothing better than a little friendly competition!

To celebrate the release of "X-Men: Days of Future Past," Hugh Jackman stopped by "The Tonight Show" Wednesday to battle it out in a cooler scooter race with Jimmy Fallon.

Not familiar with the competition? "If you don't know what a cooler scooter is, it's a beer cooler that's attached to a scooter," Fallon explained. "Basically, it's gonna be the transportation of the future."

"Since safety is sexy, we'll be wearing these beer helmets, complete with ice-cold beer," he added.

The men set off on the race course, which included obstacles such as high-fiving frat guys, a dad flipping burgers and a keg turnabout.

Watch the video now to see who won the cooler scooter race, and click "Launch Gallery" below to see Empire's 25 "X-Men" covers! 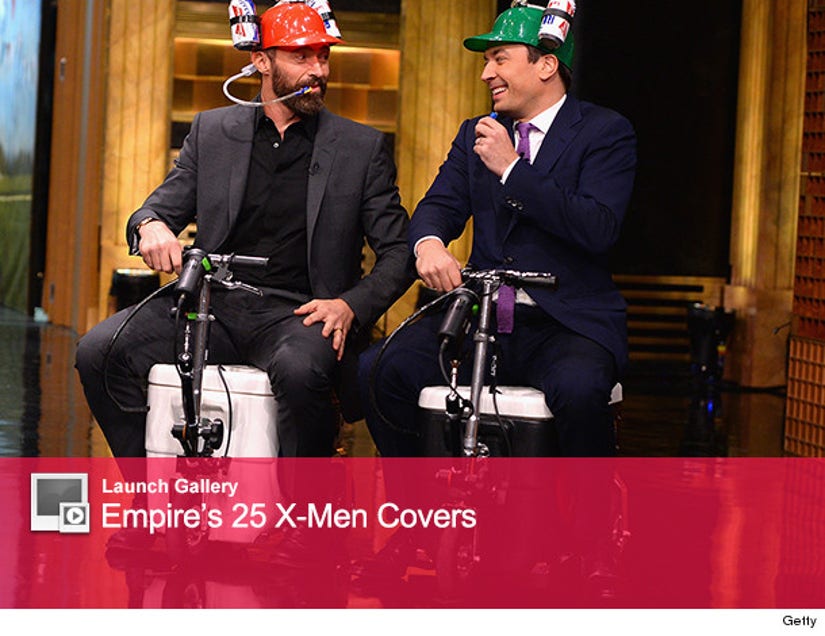