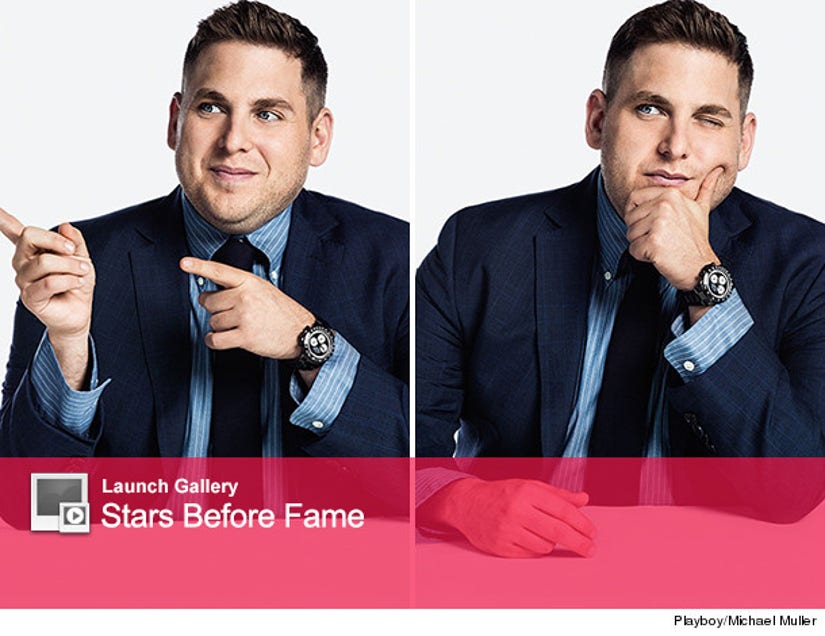 Jonah Hill has certainly found his niche in Hollywood!

In a new Interview in the June issue of Playboy, the actor talks about dealing with fame, filming "22 Jump Street" and that infamous scene from "The Wolf of Wall Street."

The Oscar-nominated star has come a long way from his days on "Superbad." But, that was the movie that changed his career.

"The day 'Superbad' came out, Michael Cera and I bought a newspaper. I still have it because it was the day we couldn't walk around together anymore," he tells the mag. "One day before, we could walk near my apartment in the Fairfax area of Los Angeles and nobody would talk to us. Then all of a sudden it was insane, and it pretty much hasn't stopped."

Even though he's worthy of leading-man status, Hill says fame hasn't changed him. "Every significant event or series of events has an impact on a person's evolution, but I don't view myself as any different from who I was before," he explains. "The only thing that's embarrassing is if I'm out for one of my friends' or family members' birthday and the attention is on me." 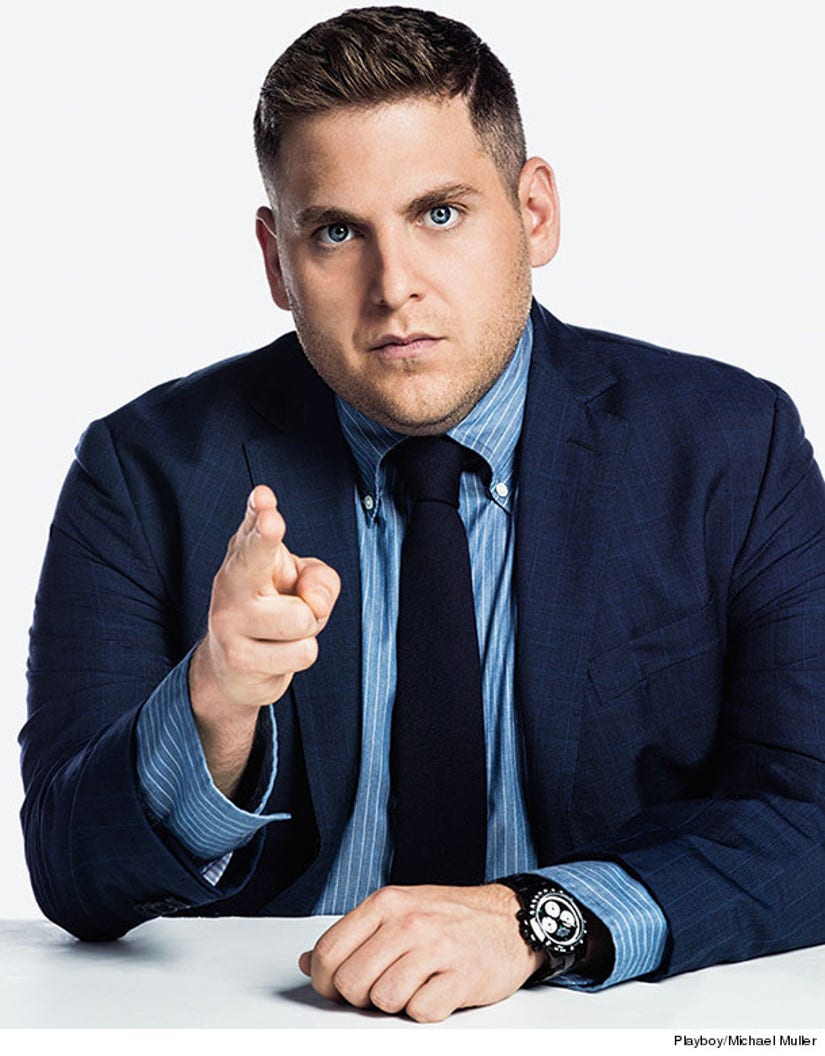 The funnyman definitely drew attention to himself in "The Wolf of Wall Street" during that infamous airplane orgy scene. "The only word I can use to describe it is unhygienic," Jonah declares. "The women were obviously attractive, but it's an unsexy environment. It doesn't feel like you're hooking up with somebody. It feels like you're at work. The woman who was simulating oral sex on me was talking between takes about picking up her kids from school. And some guy's genitals are in my face in this hot, cramped, sweaty place. Then, months and months later, your mom gets to watch it with you."

Hill also reveals what he stole from the "Wolf" set, admitting that he had to return the prosthetic penis from the pool party scene. "I had to give that baby back, but I do have my character's teeth in a safe. I usually keep one item from each movie. I have a baseball bat from 'Moneyball.' From 'Superbad' I have the Western shirt my character wore. From 'Jump Street' I have the bike-cop uniform. They're relics of all the crazy good times in my life."

We can't wait to see him back onscreen with Channing Tatum in "22 Jump Street" this summer!

What do you think of Jonah's candid comments about fame? Tell toofab in the comment section below, and click "Launch Gallery" above to see more stars before the fame.