Will the real Chad Smith please stand up?

Will Ferrell and the Red Hot Chili Peppers drummer faced off an epic drum battle on Thursday's "Tonight Show."

The duo has been told that they look alike for years, and the actor first mentioned the idea of a drum battle during a Reddit AMA in February.

"It has been acknowledged many times that myself and Chad Smith, drummer for the Red Hot Chili Peppers, share a resemblance to each other. A lot of people think that it's me playing for the Red Hot Chili Peppers. But that would be an insult to Chad Smith. The truth of the matter is there is no Will Ferrell. Only Chad Smith." The drummer replied, writing, "Stop impersonating me. In fact, I need you...drum battle." He added, "Me and you. I've seen your skills; you don't got 'em. Let's go. Golden cowbell. Winner. Boom!" 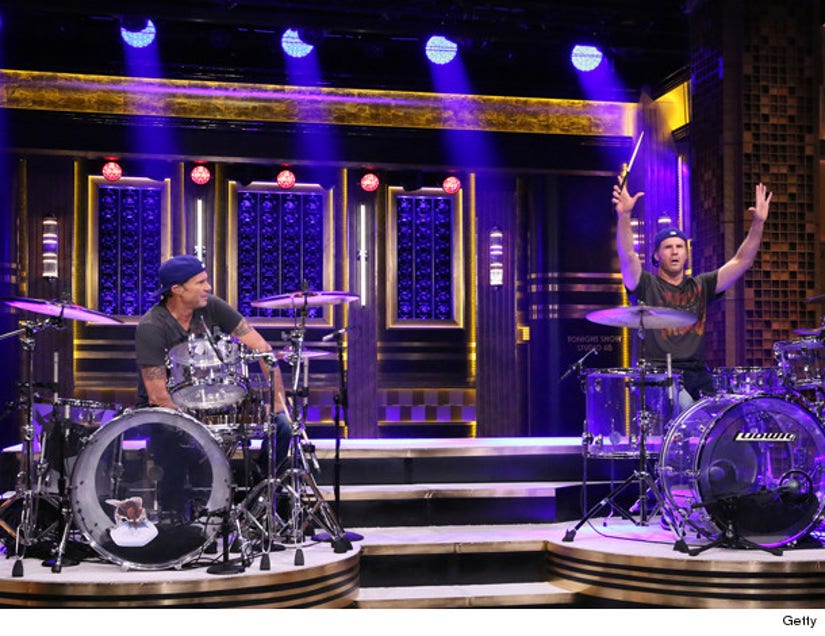 So, last night was the night!

Ferrell and Smith wore matching outfits and impersonated each other on the late night show.

"I can feel the heat coming off your bodies, the anger and the pent-up rage and confusion," Jimmy Fallon joked. Before they performed, he said, "I think you can feel the crispiness in the air and the energy that's here. You know what the audience wants, you know what I want, and you know what America wants."

The competitors then played four solos each -- and it's not hard to guess who won the battle. Check out the video above!

Watch the clip below to see what else Ferrell and Smith said about their rivalry.