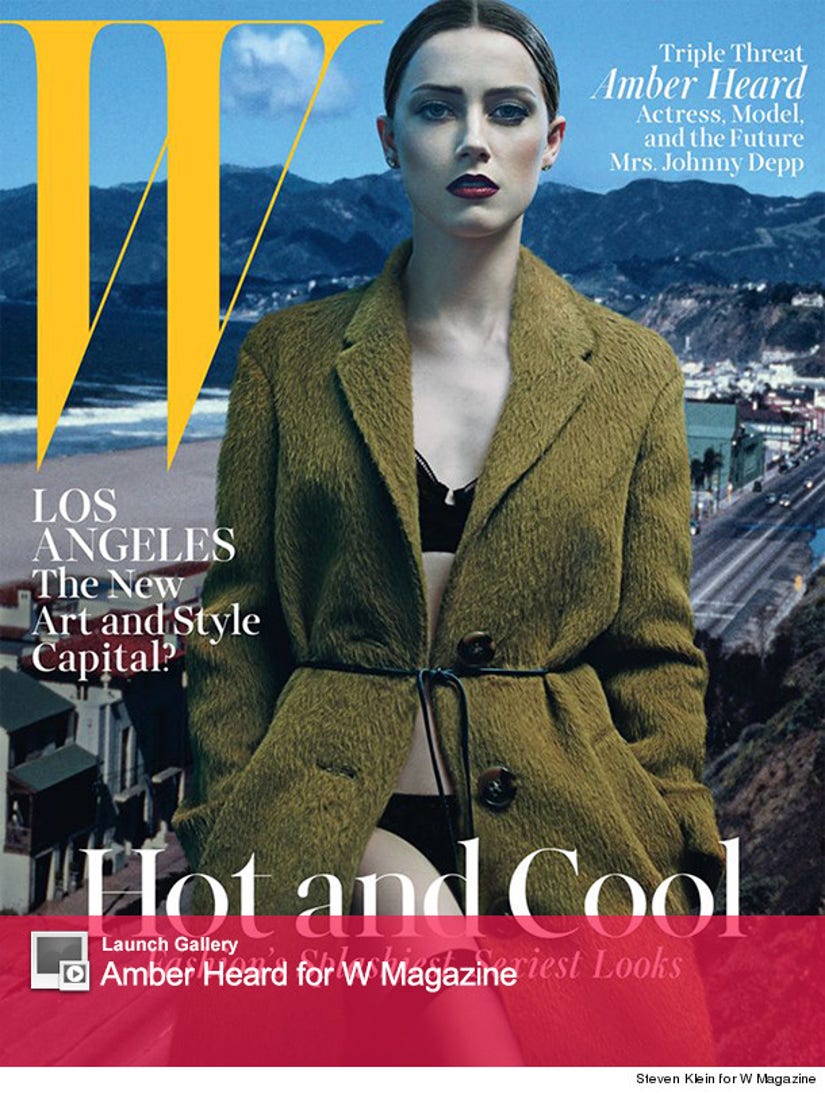 Johnny Depp is one lucky man!

His fiance, Amber Heard, strips down for a sexy photo shoot in W Magazine, where she opens up about what's changed since her engagement to her "Rum Diaries" costar.

"I haven't noticed any change in my career," she tells the mag. "And, for better or worse, I've always had a love life that seemed particularly salacious to some people. Before, it was also seen as unconventional."

The 28-year-old actress talked about her bisexuality in Elle last year, explaining that she doesn't want to fit into a certain standard.

"I didn't want to look like I was hiding anything. I'm not, and wasn't ever, ashamed," she said while discussing her relationship with photographer Tasya van Ree, whom she dated from 2008 to 2012. "I don't imagine myself, my work, or my life, fitting into any kind of standardized path," she continued. "In fact, the idea of there even being a standard freaks me out a lot." 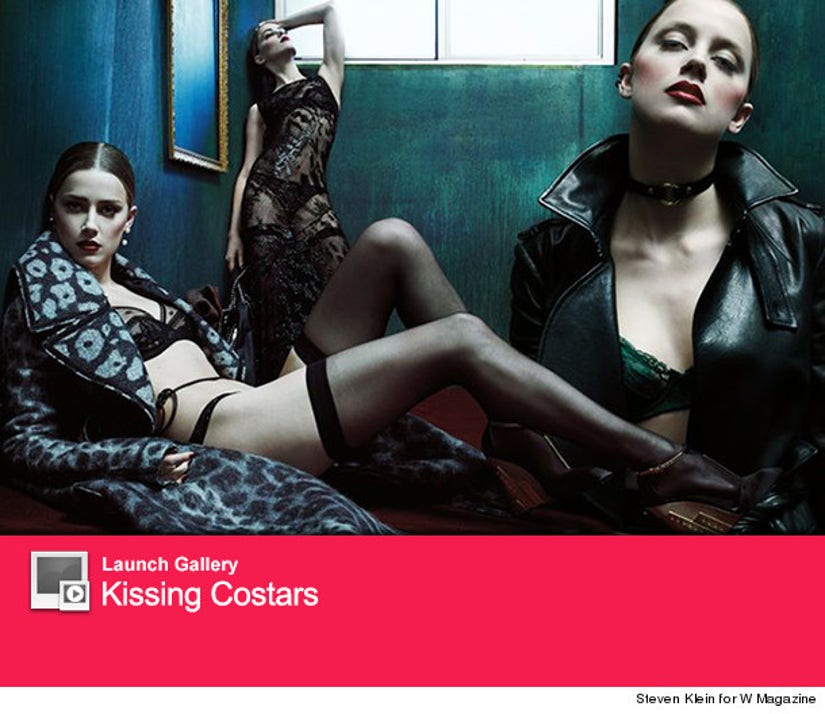 Another important relationship in Amber's life is with her father.

"He taught me a lot about animals, about cars, and about resilience," she says of her dad. "That's what happens when your father doesn't have a son. I drew the line at learning about football. I had to rebel somehow."

As for her personality, Heard says that growing up in Austin, Texas made her tougher than she looks. "Whenever my old friends meet someone I'm involved with romantically, they immediately warn them: 'She may look refined, but when she's angry, she can go trailer park really fast,'" she admits.

To read Amber's full interview, check out the June/July issue of W Magazine, on newsstands May 27th.