How fun would it be to hang with Bill Murray at a bachelor party? Well, it happened.

The actor crashed a bachelor bash at a steakhouse in Charleston, South Carolina, over the Memorial Day weekend, dropping some knowledge on a group of young men celebrating their friend.

According to Deadspin, a group of 20 friends from Boston College came together to celebrate their friend E.J.'s upcoming nuptials when they spotted the actor from across the room.

One friend approached the 63-year-old star and asked if he would congratulate the groom, but he was initially turned down.

But, don't count Bill out!

A few minutes later, Murray walked up to the group and doled out some seriously sound advice.

"Buy a plane ticket for the two of you to travel all around the world and go to places that are hard to go to and hard to get out of, and if when you come back to JFK, when you land in JFK and you're still in love with that person, get married at the airport."

The speech is worth watching -- check it out above! Click "Launch Gallery" below to see the best celebrity Photobombers. 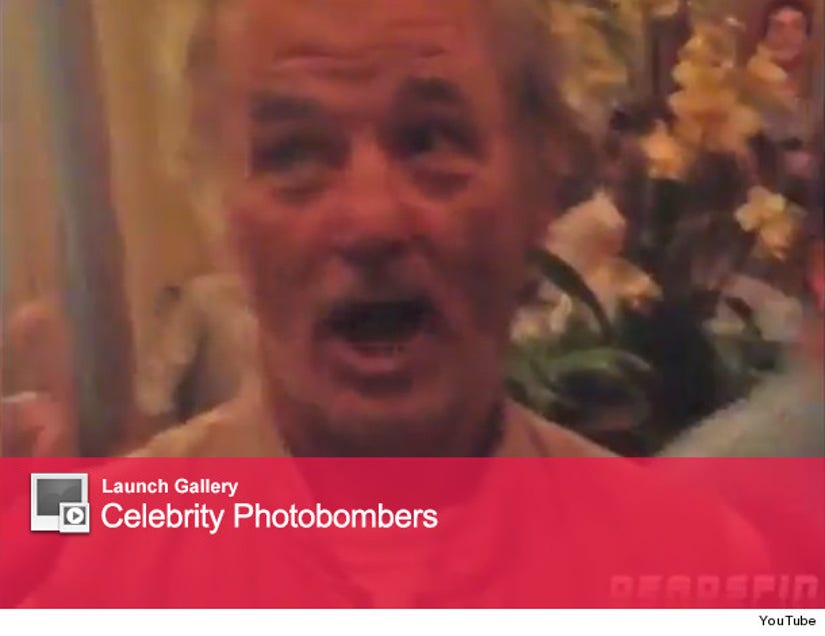