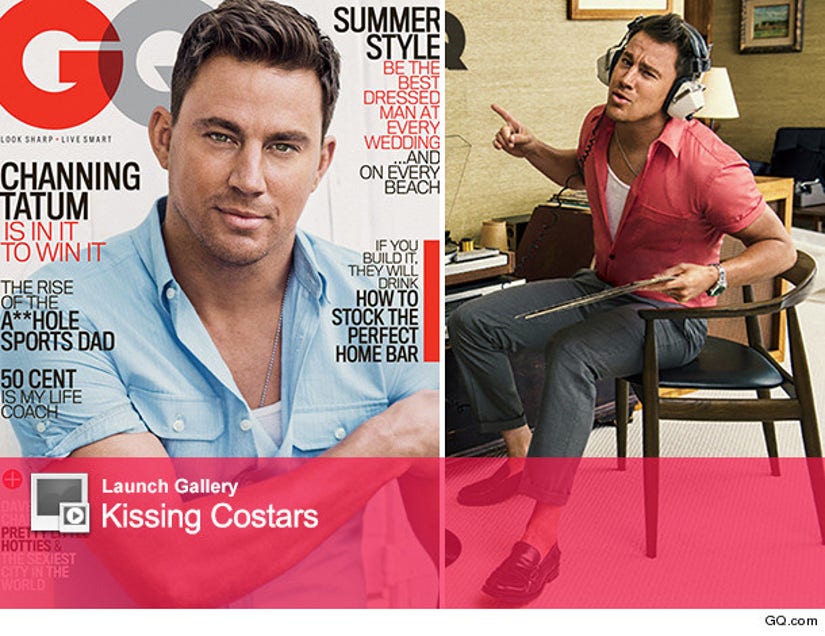 Channing Tatum is airing even more of his dirty laundry!

The "Magic Mike" star covers the June issue of GQ magazine, where he talks about a wild night in 2006 with his "A Guide To Recognizing Your Saints" costar Shia LaBeouf.

"Me and Shia, I think we had just met that day," the actor recalls. "We were, like, 'what shall we go out and do?' We were drinking. And I think our initial thing was 'Alright, let's go out and try and get in a fight!' This was just young dumb idiot actors thinking that that's going to bond us. Because we'll shed blood together blah blah blah. I've never seen him since then. The kid's an incredible actor…I just wish that he would just act. Just act, man!"

So, what did the pair do that night? "I definitely kicked in a window that night. But it wasn't Barnes and Nobles. Just a window. I was running," he admits. "We were just running and being hoodlums and throwing trash bags down streets and just being stupid. We were trying to be like eighties hoodlums."

The duo's wild antics seem to have escalated after Tatum and LaBeouf went their separate ways.

"We all split up. I think Shia even punched a cop car—we weren't even sure if the cop was in the car, he punched the window of a cop car. It was pandemonium," he explains. "It was just one of those nights that the volume just keeps getting turned up, turned up, turned up."

Hopefully, the new father has toned down his crazy side.

What do you think about his candid comments? Tell toofab in the comment section below, and click "Launch Gallery" above to see even more celeb couples who met on set!

Make sure to check out GQ.com for Tatum's full interview.