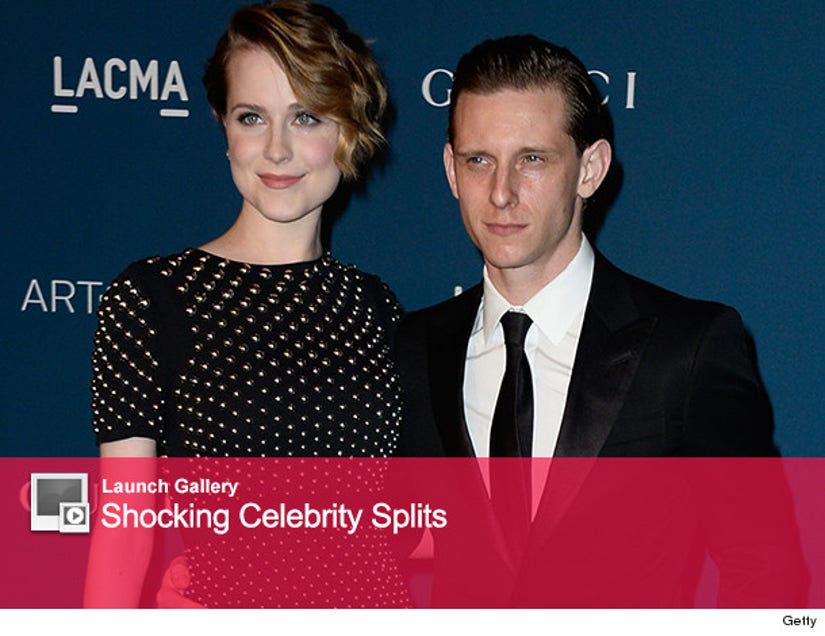 "Evan Rachel Wood and Jamie Bell have decided to separate," a rep for Bell confirms to toofab. "They both love and respect one another and will of course remain committed to co-parenting their son. This is a mutual decision and the two remain close friends." Us Weekly first reported the split.

The split comes as a bit of a shock, as sources at the Graceland Wedding Chapel in Las Vegas tell toofab that the pair actually just renewed their vows on a whim there in early April. Wood was in Sin City filming an upcoming movie at the time.

The couple first met on the set of Green Day's music video "Wake Me Up When September Ends" in 2004.

The "Fantastic Four" actor spoke to ABC News in April about how fatherhood has changed him.

"I am very blessed. I have a healthy son, I have a great wife, I have a good job. I'm living the dream in a lot of ways," he told ABC.

As for what's changed since the birth of his son, "I don't really put myself first anymore. As soon as that kid comes out, you waive that right. Everything you do, every decision you make, you are thinking 5, 10 years down the line ... a lot of stuff doesn't mean that much anymore. Things affect me less, I'm much calmer than I used to be."

Are you surprised by the news? Tell toofab in the comment section below, and click "Launch Gallery" above to see more shocking celebrity splits!