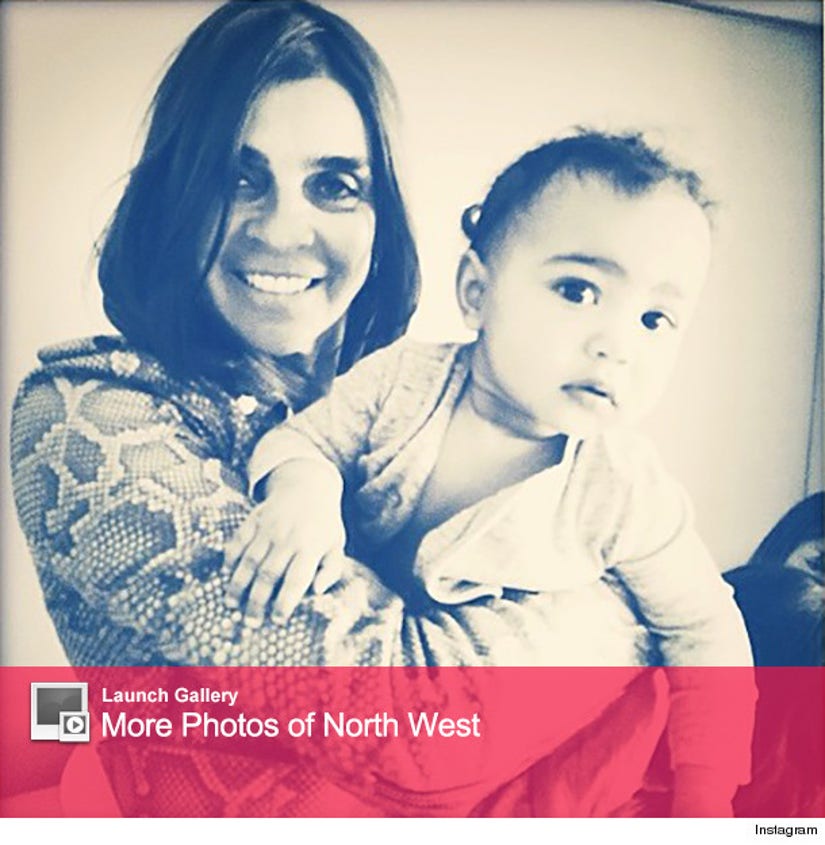 The daughter of Kim Kardashian and Kanye West made a rare photo appearance with former Vogue Paris editor-in-chief Carine Roitfeld, on Wednesday.

In the sweet snap, the fashion guru and Nori pose for the camera while baby West's being held in her arms.

Back in February, Roitfeld sent the new mom some custom swag for the tiny fashionista -- a grey T-shirt with Kim's bizarre CR Fashion Book cover printed on the front.

Hopefully Kim and Kanye approved of Carine posting the pic, since they're usually very protective of their little girl.

North was also spotted in one of the wedding photos released on Tuesday, where she's seen in grandmother Kris Jenner's arms as Kim and Kanye walk down the aisle. 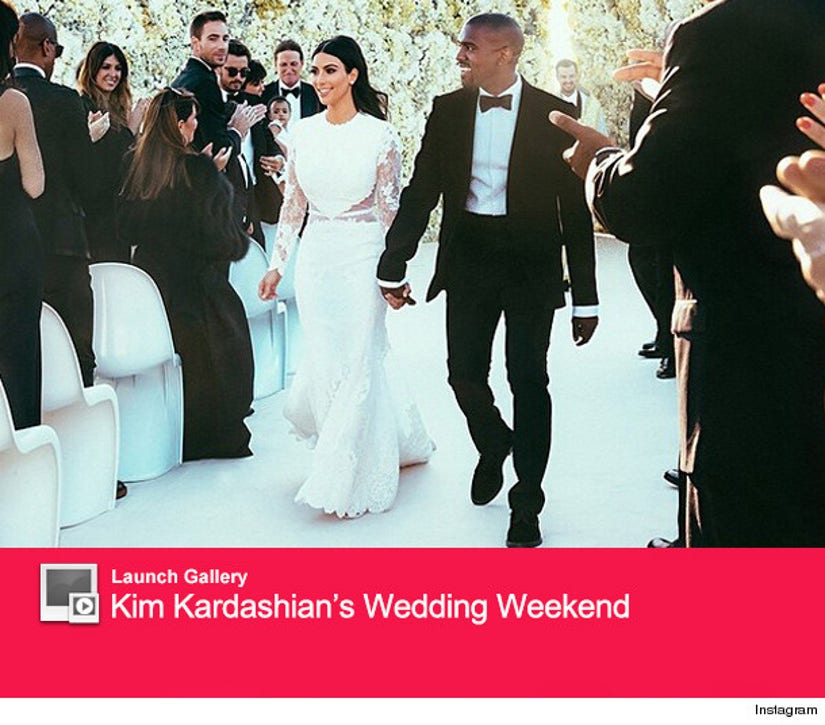 We love seeing new photos of North -- what do you think about her latest shots? Sound off below and click "Launch Gallery" above to see more TwitPics of baby West!