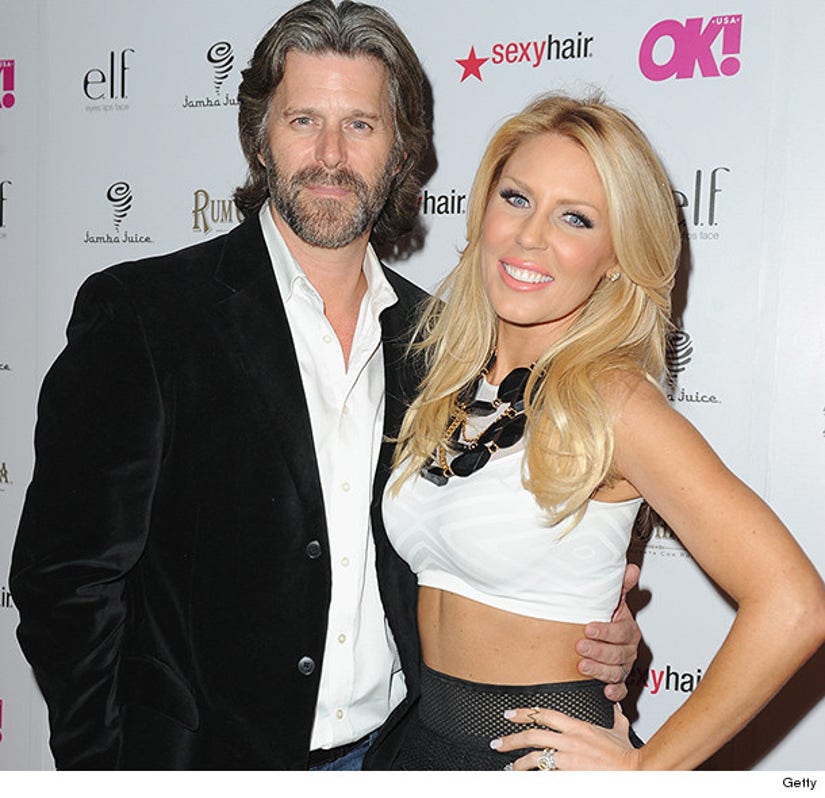 Gretchen Rossi is ready to get more "real" than ever before.

The "Real Housewives of Orange County" star and fiance Slade Smiley chatted with toofab's Brittany Kyles about their new gig on WE tv's "Marriage Boot Camp."

This season, the hit show is getting a bit of a makeover ... with reality stars! Gretchen and Slade, Jwoww and Roger Mathews and Trista and Ryan Sutter are among the new faces sorting out their serious issues on the show.

Living in a house with a bunch of fellow TV stars sounds like it could be a bit of a nightmare, but Gretchen and Slade said they made some real friendships.

"We actually had a great experience getting to know the other couples. I think it was an unexpected sense of comraderie because we all went through so much having to expose ourselves and we are all from reality television," Smiley said of the experience.

"I honestly can say that I will have every single one of those couples at our wedding," Gretchen added.

While the costars are friends now, Rossi also said that there were times when everyone butted heads. But at the end of the day, the show really helped the cast develop some solid relationships with each other and their partners.

Gretchen and Slade had a very public proposal on their last season of the "Real Housewives of Orange County," when Rossi popped the question to Smiley on the rooftop of a building after flying him in on a helicopter. The longtime loves have not taken the plunge yet, as there were definitely some communication problems they wanted to sort out first.

"We went in dealing with some communication issues and some issues in regard to our future relationship. That was the whole point, for us to address any issues we have now and get the tools we need to ensure the fact that when we do say 'I do' it will be forever because we have those life-long skills," Slade explained.

"For me, I had been married once before and I have had a really hard time jumping back into marriage because I felt like I failed at something and I don't want to fail at something as big as marriage again," Gretchen explained.

"Unfortunately, as many people know, Slade has a very sick son and that has caused stress between us which you can't help because of medical bills that are coming in for $3 million plus. Or when you have exes that have negative things to say about you in the press that aren't true and you have to deal with that," says Rossi. "It really was more about Slade and I coming to a better understanding of each other."

More than anything, the former "Housewives" stars are excited to show the public the real them, and not the "edited" version.

"We're really excited about this new show, because I really feel like we will get the chance to show fans a new side of Slade and I that you haven't seen yet," the blonde beauty explained. "I am really excited, especially for Slade since he got such a bad rap on 'Housewives.' You're just going to get to see the truth behind a lot of things that have been put out there about him -- what a loving, wonderful father he is, a great partner he is and that he is really just like every other guy, where it's hard to show emotion. He does end up really ugly-crying a lot [on the show]."

Slade also hopes that people watching the reality series can take some of the lessons from the show and apply them to their own lives.

"We're hoping, and I know the counselors are hoping, that maybe if there is a couple watching who is having challenges in their own relationship that they can really learn some great life lessons by going through these exercises with us. There's a lot that can be learned from this. I think it's going to help a lot of people," he said.

Well, we sure love us some good reality TV, and can't wait to see it all on unfold when the show premieres on WE tv May 30 at 9/8c!

What do you think about Gretchen and Slade's candid comments? Sound off below!