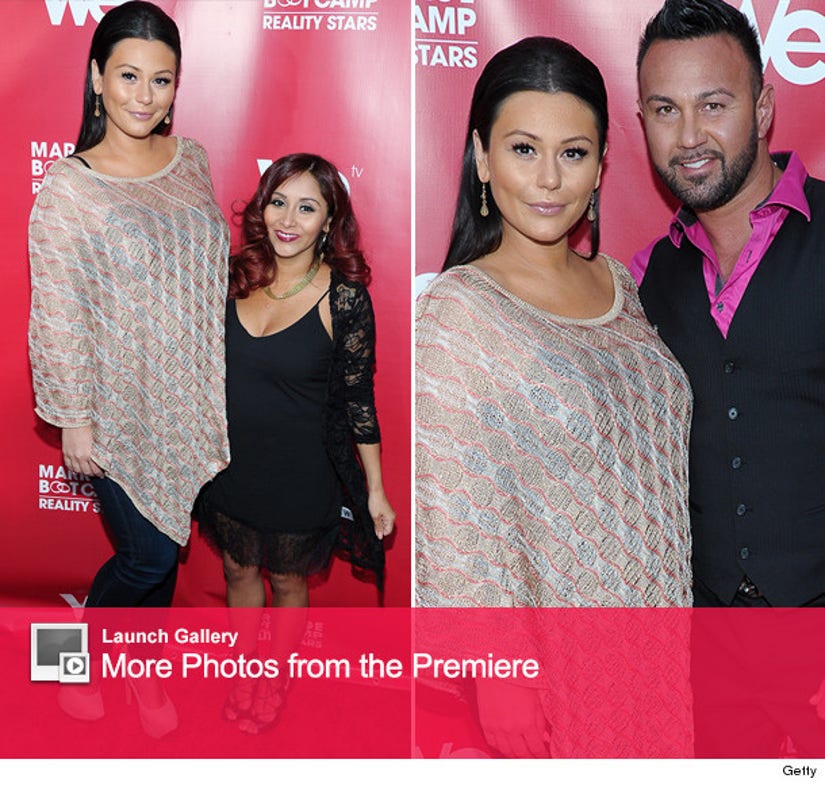 Jenni "Jwoww" Farley has been in the news a lot this week for her appearance ... but all we're gonna talk about tonight is how much she towers over Snooki!

The two "Jersey Shore" costars hit the red carpet together on Thursday night at the red carpet premiere of Jenni's new show, "Marriage Boot Camp Reality Stars," where the two showed off their growing bellies ... and vast height difference.

Farley was also joined at the event by baby daddy Roger Mathews, who was seen rubbing her stomach for photos. The two are expecting their first baby together, a girl, in July.

Costars Gretchen Rossi and Slade Smiley, Trista and Ryan Sutter and "Bad Girls Club" star Tanisha Thomas all showed their stuff on the red carpet too -- check out the rest of the photos above.

"Marriage Boot Camp Reality Stars" debuts Friday on WE tv. Will you be watching?