Things are about to get extra hot around here, just in time for summer!

From Chippendales to "Magic Mike," the chiseled hunks of male revue shows have long been captivating female audiences worldwide. E! turns the cameras on the "Men of the Strip," a new Las Vegas male revue featuring 98 Degrees star Jeff Timmons.

In the two-hour special, debuting June 1, Timmons teams up with entrepreneur "Money" Mike Foland and choreographer Glenn Douglas Packard to prep a group of hard-bodied studs for their big Sin City debut.

toofab's Rachel Hofffman sat down with Jeff to get the scoop on everything from the guys behind "Men of the Strip," the future of 98 Degrees and his biggest boy band rivals.

We've heard the show is a mixture of "Magic Mike" and your favorite boy band, but Timmons said he actually likes the "Sex and the City" aspect. 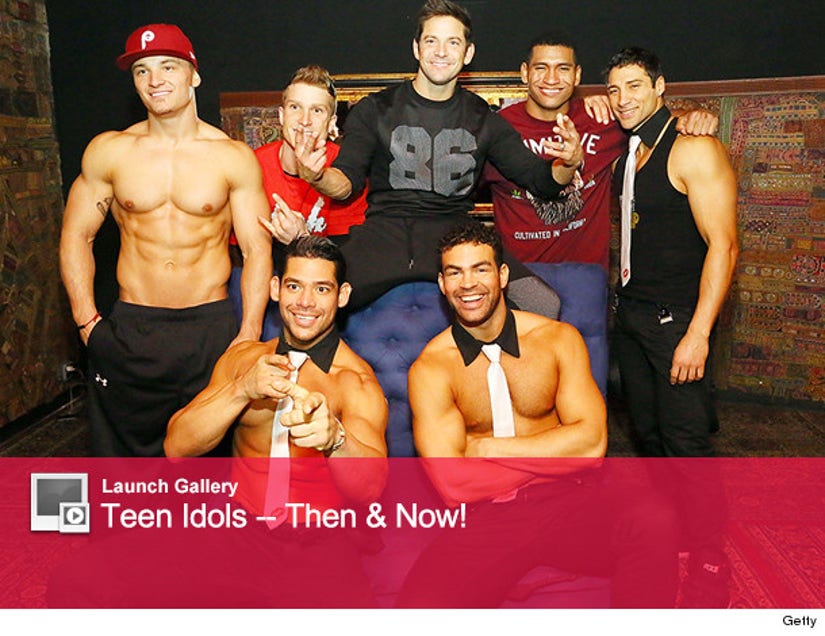 "These guys have very interesting lives behind the scenes. With this reality TV movie, you get a sneak peek at what these guys are like off the stage," he explained. "Some of these guys are actually shy. They aspire to do different things, including professional sports and acting. It's not all about bumpin' and grindin' -- it has a lot of depth to it."

One of the most important parts of casting the dancers was having an eclectic group of guys. With nicknames like "Poster Boy" and "Hearthbreaker," there's something for everyone!

"When we were in 98 Degrees, each of the guys had their own fan base, so that's what we had in mind with these guys," Jeff said. 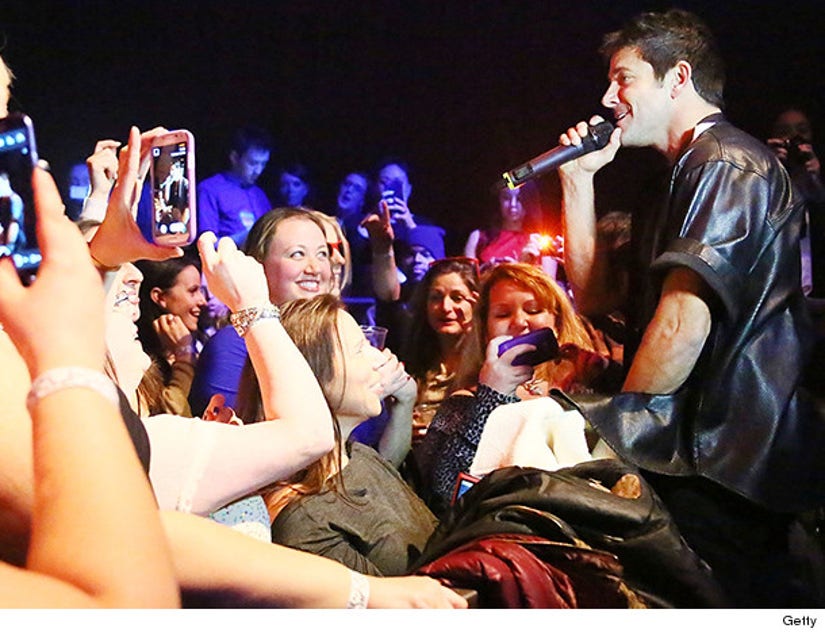 Timmons, who describes himself as a "married guy with all kinds of kids," says his wife actually pushed him to do "Men on the Strip."

"My wife actually encouraged me to do this," he admitted. "She said, 'This could be something really cool for you to create and be a part of.' My kids have seen the show! It's nothing over-the-top and not tasteful for them to see. If it is, they'll turn around!"

Last year, 98 Degrees hit the road with Boyz II Men and New Kids on the Block, so will the boy bands team up again in the near future?

"That was the best tour I've ever been on. It would be hard to top it, unless it was 98 Degrees, *NSYNC and Backstreet Boys," he revealed. "I wouldn't want to close the door on that."

"We had a mutual respect for each other, all the guys in those bands all had talent, extraordinary success and they were going down the same rocky road that we were," Timmons says of any rumored rivalry between the boy bands. "I think we got along better with *NSYNC than Backstreet Boys, but all the guys are cool. Backstreet Boys were more serious."

Click "Launch Gallery" above to see all of your favorite teen idols, then and now!

"Men of the Strip" premieres June 1 on E!