Lea Michele has always loved her wine ... even as a kid!

The "Glee" star stopped by Chelsea Lately to promote her new book, "Brunette Ambition" ﻿on Thursday, but Chelsea Handler was more interested in finding out why the actress started drinking alcohol as a toddler.

"It makes me seem crazy!" Michele said. "I'm Italian, so at the dinner table it would be like Pellegrino, a jug of soda and a huge thing of wine. Everyone was just drinking wine, like it was part of what you would have along with your dinner. Growing up, I'd be having dinner with my boyfriend and his parents and I'd be like, 'Where's the wine? Pass the wine.' At like 17! And they're like, 'This girl's crazy.'"

The "On My Way" singer added that her intention was never to get drunk. "When they make it so you can have it, then you don't want it," the star explained. "It's when they're like, 'You can't have this,' kids are like, 'We gotta get that booze.'"

The brunette beauty also talked about a talent manager who advised her to get a nose job at age 15. "Obviously I didn't get it done," she said. "And wherever she is, she can go f--k herself."

Check out the clip above to see what else the actress told Chelsea, and click "Launch Gallery' below to see stars who've admitted to plastic surgery. 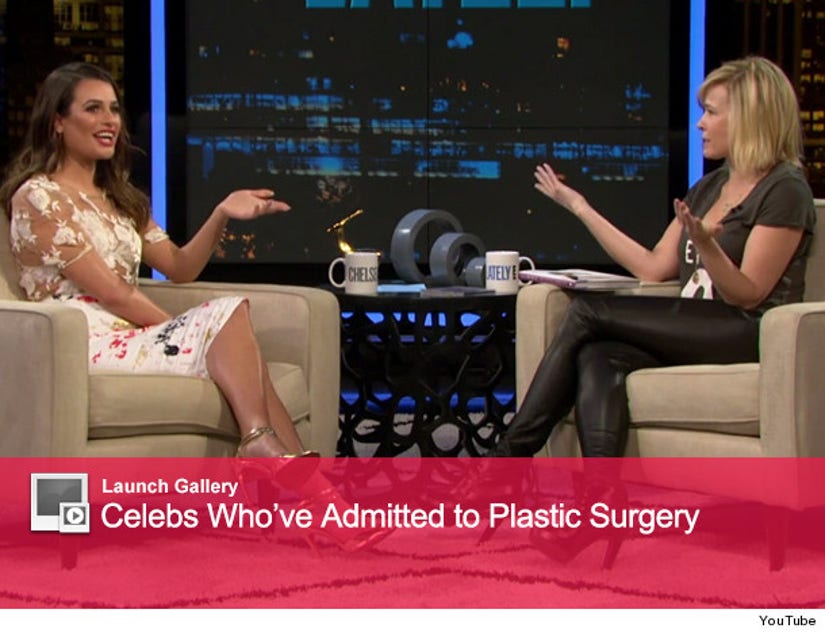