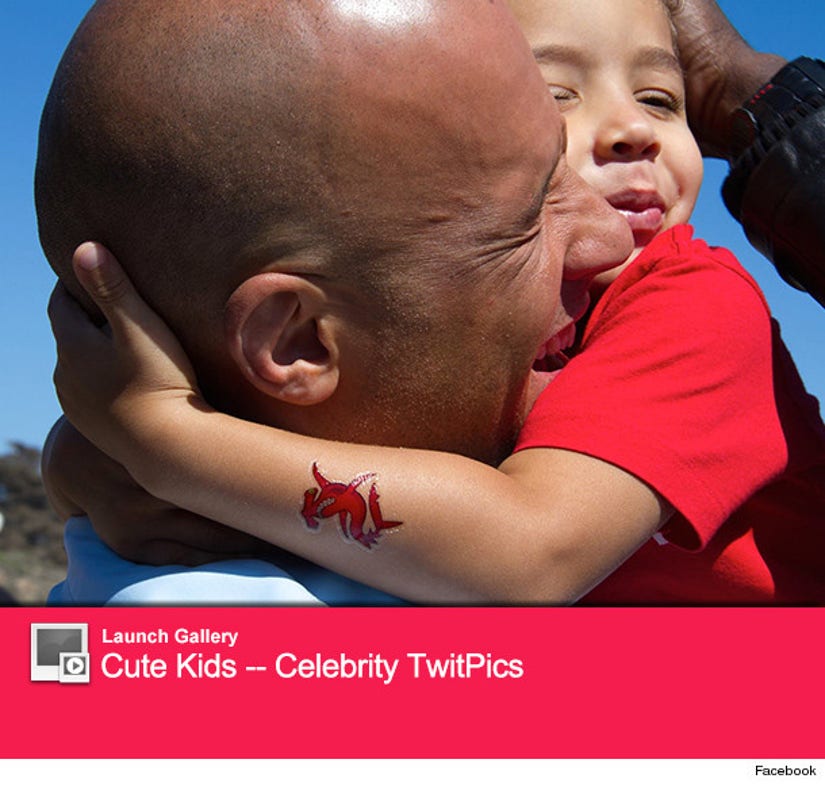 Vin Diesel is usually pretty private when it comes to his family life -- but he let his Facebook fans get a new glimpse at one of his two kids, and he's ADORABLE!

While the "Fast & Furious" star rarely steps out in public with his children (the only time we saw a really good look at them was at his Walk of Fame ceremony last year), he posted a new shot on Thursday, showing the two hugging it out on set.

Though posted yesterday, the picture of Vin and son Vincent was taken on the "Fast & Furious 7" set last week, when Diesel's girlfriend Paloma Jimenez stopped by for a surprise visit.

Apparently the two boys both got some temporary tattoos done during Vincent's visit, as the little guy is sporting some shark ink on his forearm.

"One appreciate's [sic] those we have... the special ones, who have been there since the beginning," Vin also posted on Facebook with another photo from the same day. "A reflective moment on set... family."

That pic showed him with on-screen love Michelle Rodriguez.

Check out the gallery above to see even more cute celeb kids.