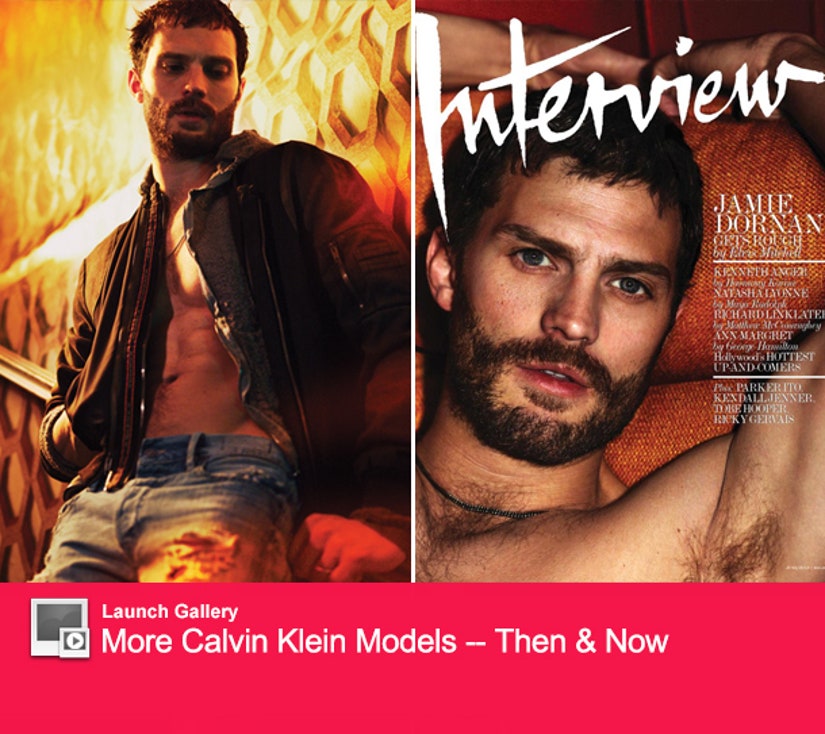 You're going to see a lot of Jamie Dornan's bod in the upcoming "Fifty Shades of Grey" adaptation -- and he still has some concerns when he looks at himself in the mirror.

"I don't like my physique," the 32-year-old actor tells Interview Magazine. "Who does? I was a skinny guy growing up, and I still feel like that same skinny kid."

Whether he likes it or not, the future Christian Grey shows off his impressive abs in the issue's steamy spread, shot by Alas Mert & Marcus Piggott. The actor, who is currently working on Season Two of the BBC serial killer drama "The Fall," goes shirtless in a couple photos -- and, in another, sports only a pair of briefs while sitting in a tub.

Of course, Dornan is no stranger to showing skin. The actor used to be an underwear model for Calvin Klein. 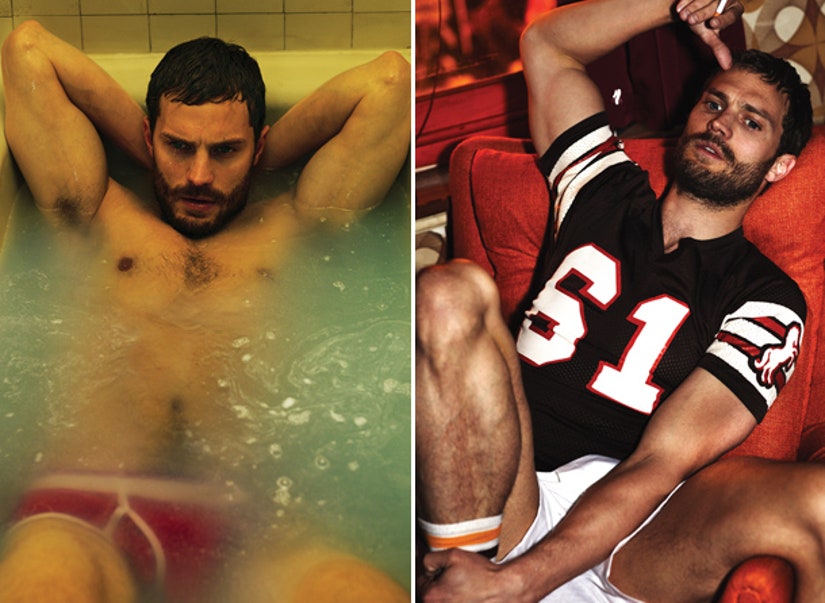 And while "Fifty Shades" will feature Jamie's physique, he also spends a lot of the flick in impeccably tailored suits, something that took some getting used to.

"A lot of that work was done in the gym and with costume," he tells the mag. "We didn't talk about particulars of the way he would move. But I'm quite awkward in a suit because I don't have an opportunity to wear a suit very often, and this is a guy who lives in a suit — the best suit."

"But when you end up in a suit for 80% of the filming process, you become pretty comfortable with it," he adds.

See more of Jamie in the new issue of Interview -- and when "Fifty Shades of Grey" hits theaters next Valentine's Day.