The actress showed off her rapping skills with her own version of 5ive's song "It's All Over" during an interview with BBC Radio 1xtra.

While we were impressed by the "Mean Girls" alum's rhymes, her "A Million Ways To Die In The West" costar and director Seth MacFarlane cringed as she spouted out the lyrics.

Check out the video above to see Amanda's rendition of the rap song! 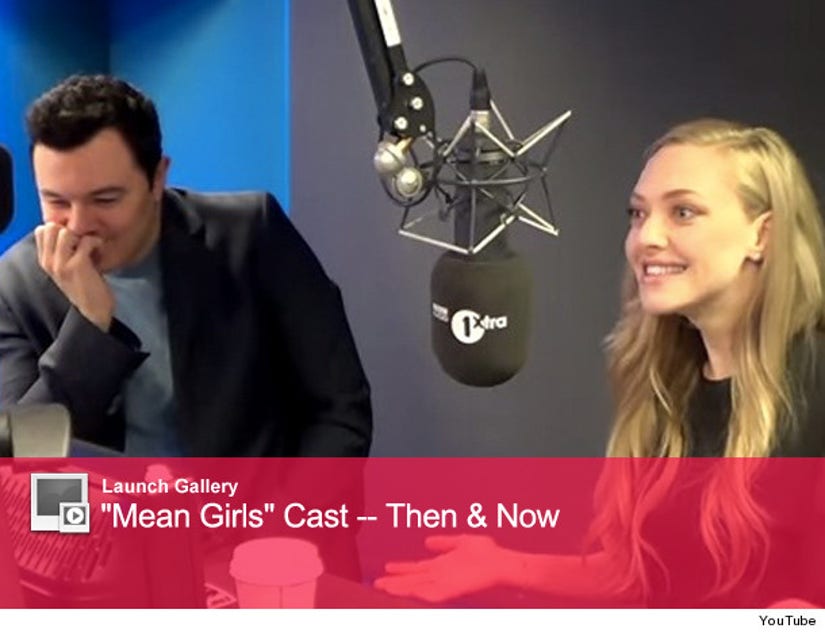 This isn't the first time the blonde beauty has performed an impromptu rap during an interview.

Back in 2012, Seyfried showed off her hip-hop skills on "The Ellen DeGeneres Show" by performing 2Pac's 1995 classic "California Love (feat. Dr. Dre)."

"When in doubt, just do a little rap," the starlet said at the time. "I'm going to do this." Check out the video below to see her in action.

We love her spontaneity!

Are you impressed by Amanda Seyfried's rapping? Tell toofab in the comment section below, and click "Launch Gallery" above to see your favorite "Mean Girls" stars, then and now.