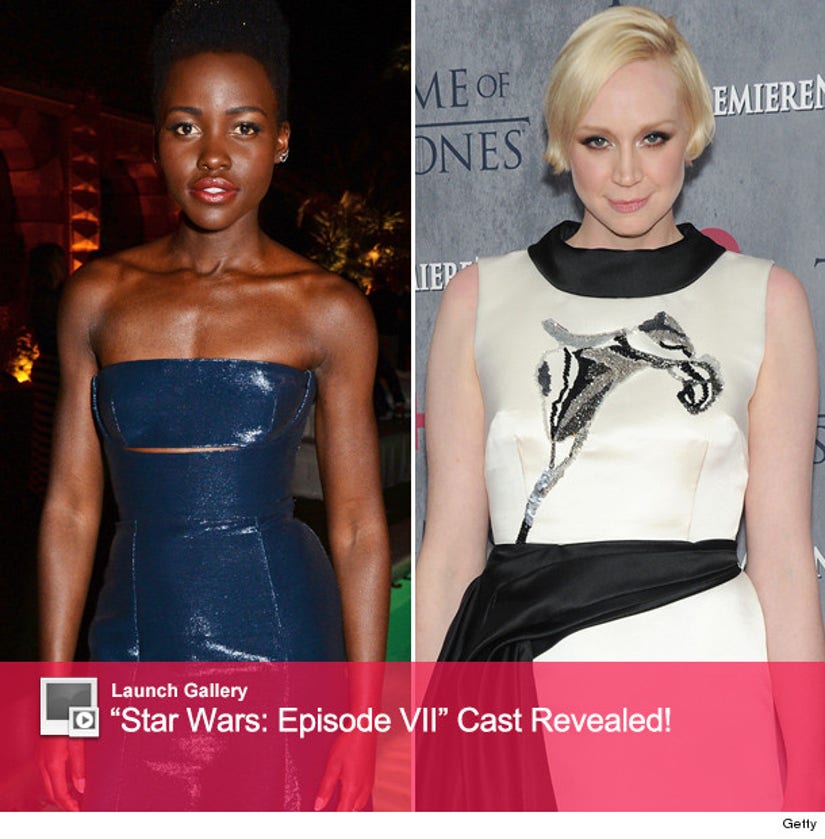 Finally, there are some more female faces in a galaxy far, far away.

Lupita Nyong'o and "Game of Thrones" star Gwendoline Christie have officially joined the cast of "Star Wars: Episode VII," according to a new press release.

"I could not be more excited about Lupita and Gwendoline joining the cast of Episode VII," says Lucasfilm president Kathleen Kennedy. "It's thrilling to see this extraordinarily talented ensemble taking shape."

The announcement comes on the heels of Lupita's recent Oscar win for "12 Years a Slave." Christie, meanwhile, can be seen as the towering Brienne of Tarth on HBO's "Game of Thrones" and will appear in "The Hunger Games: Mockingjay -- Part 2."

The news will come as a great relief to many fans who were disappointed by the number of women in the initial cast announcement. Before today, Carrie Fisher and newcomer Daisy Ridley were the only confirmed female cast members.

J.J. Abrams is directing the flick, which will hit theaters December 18, 2015.