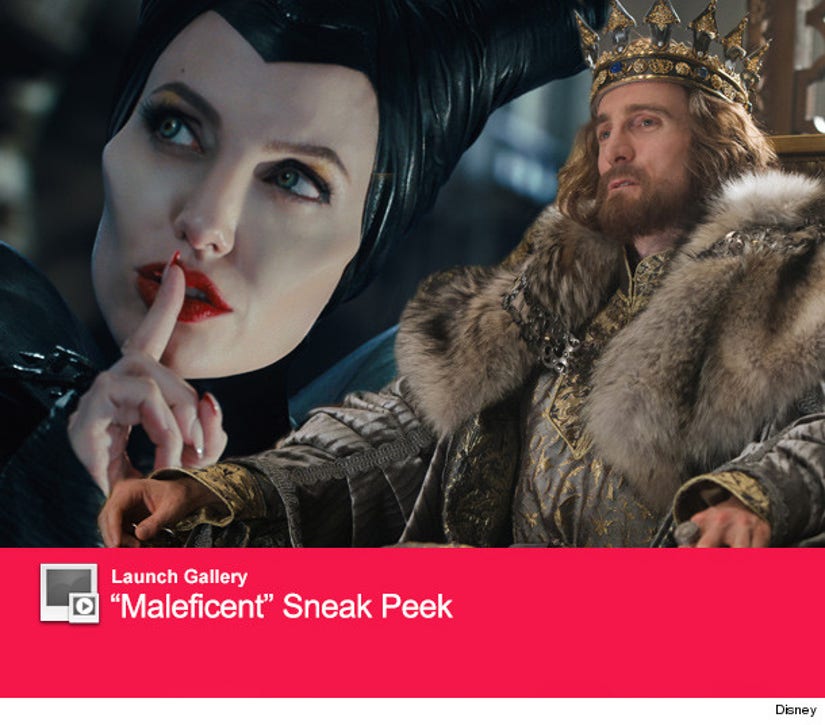 With the film taking in over $70 million opening weekend, it's safe to say A LOT of people went to see "Maleficent."

But now we have the inside scoop on what everyone didn't see on screen -- and the details are coming from King Stefan himself, Sharlto Copley. toofab's Brian Particelli talked to the actor before the flick's release, where he revealed some of the big changes to the script and opened up about reshoots and deleted scenes.

The final version of the film opens with a young Maleficent striking up an unlikely friendship with a regular boy. While their relationship blossoms into something more as they grow older, it suddenly ends with little explanation -- something that was given more detail in the original script.

"Some of the [deleted] stuff was like where Stefan was fighting with Maleficent, as they were getting to the point where he was going to leave The Moors," explains Sharlto. "There was a whole fight they did, that led to them splitting."

"There were also a lot of scenes that had to do with [Stefan] getting to the castle and working his way up, trying to ingratiate himself with the King," Copley explains.

One of the biggest changes had to do with the fate of King Henry.

In the film, the ruler says whoever kills Maleficent will succeed him on the throne. Stefan, who works in the castle as a servant, overhears this, goes to the Moors and pretends to rekindle his romance with Angelina Jolie's fairy -- only to drug her and cut off her wings. Using the wings as proof he offed Maleficent, Stefan is named King and married off to Henry's daughter.

And while that's pretty brutal, the original script was even darker.

"There was a version where he actually kills the King," Sharlto says. "He goes and takes Maleficent's wings and the King is like 'I meant one of my noblemen [should kill her], you're not going to be King!'"

"And then Stephan kills him, out of desperation, because he's betrayed the only person that he really loved -- and not being king is just not acceptable," says Copley.

While there are numerous reports of reshoots and a ballooning budget on set, Copley says this is "kind of the normal process nowadays with movies." He just hopes some of the axed scenes see the light of day.

"It will be interesting to see what they choose to put on there," he says of the eventual home video release. We can't wait to find out either!