Ukrainian prankster Vitalii Sediuk opened up for the first time since attacking the actor at the Los Angeles premiere of "Maleficient" on May 28.

"Extra's" Mario Lopez asked Sediuk the question on everyone's mind: "What is wrong with you?"

"I don't think [there's] something wrong with me," Sediuk explained. "I am a different guy who thinks differently and has this entertainment spirit that probably people in Hollywood never experienced before. It's something different, controversial, extraordinary and it's hard to explain. I'm normal, at least I believe so."

The former reporter later offered an apology to the actor, saying, "I apologize for inconveniences that I created to many celebrities dealing with my style of entertainment."

"I feel sorry that I create inconveniences for Brangelina family because I knew there were no kids around, but they were at the premiere, and I kind of stole the spotlight from such an important moment," he added.

The 25-year-old pleaded no contest to misdemeanor battery against Pitt and was sentenced to three years of probation and a year's worth of psychiatric counseling.

Check out the video above to see what else Sediuk said about the incident, and click "Launch Gallery" below to see more photos from the "Maleficent" premiere.

What do you think of his explanation? Sound off below! 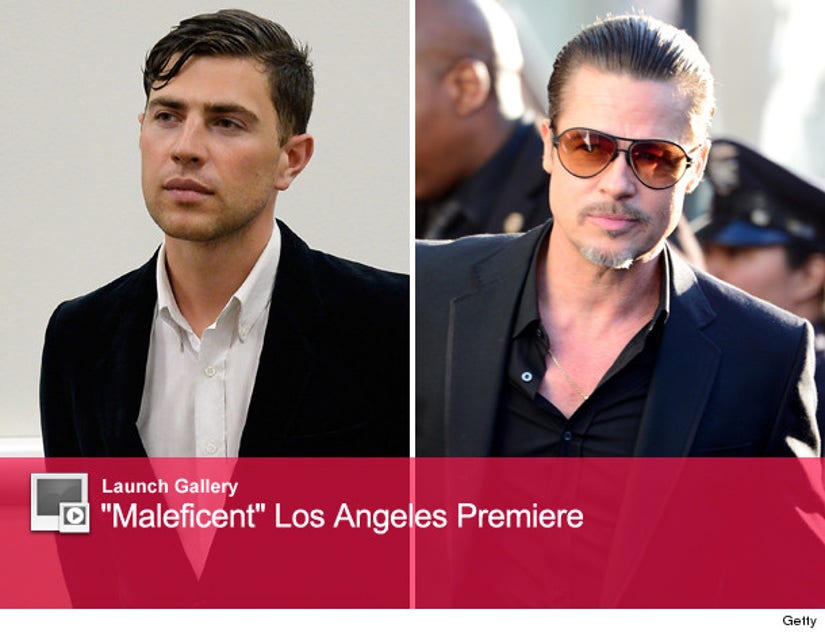