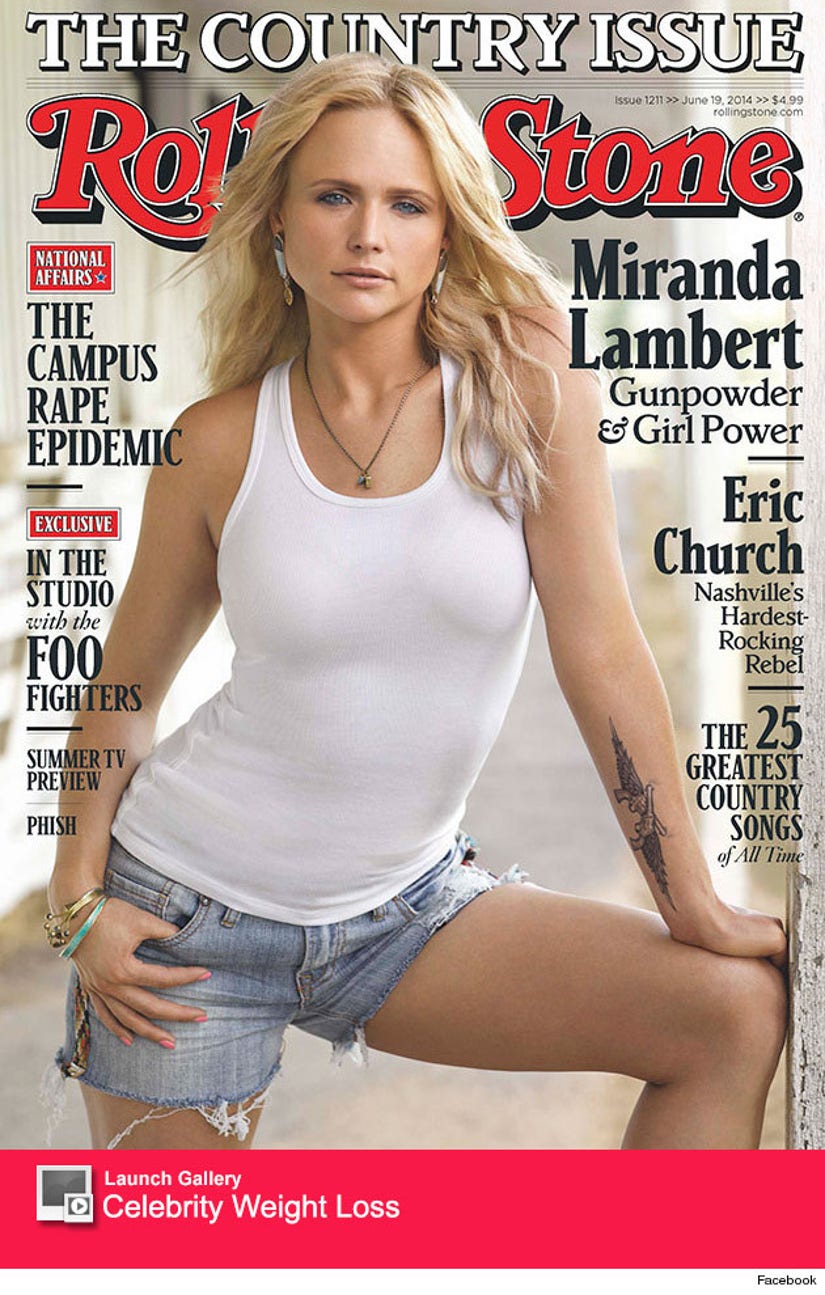 Lambert -- who recently shed some serious weight-- looks edgy and sexy in the cover shot, wearing minimal makeup and her hair in loose waves.

The country cutie also opens up about her rise to fame and dealing with the tabloids.

"One day we were country singers, and the next we're on the front of the tabloids," she says, referring to her and hubby Blake Shelton's recent success. "I'm, like, really magical. I've been pregnant for two and a half years."

Shelton, who also chats to the mag about his lady, says that the 30-year-old is not one to mess with -- because Miranda's not above getting into a bar fight!

"People always try to pop off or call her bluff at bars," the "Voice" coach tells the mag. "One of them, I don't want to say the guy's name, but he's the lead singer of a very popular rock band. His initials are C.K."

According to the mag, he's talking about Nickelback's Chad Kroeger, who once got into it with Miranda after she reportedly refused to do shots with him at her 27th birthday party.

What do you think about the blonde beauty's cover shot? Sound off below and click "Launch Gallery" above to see even more stars who've dropped the pounds!

Make sure to pick up Rolling Stone: The Country Issue featuring Lambert on stands Friday!