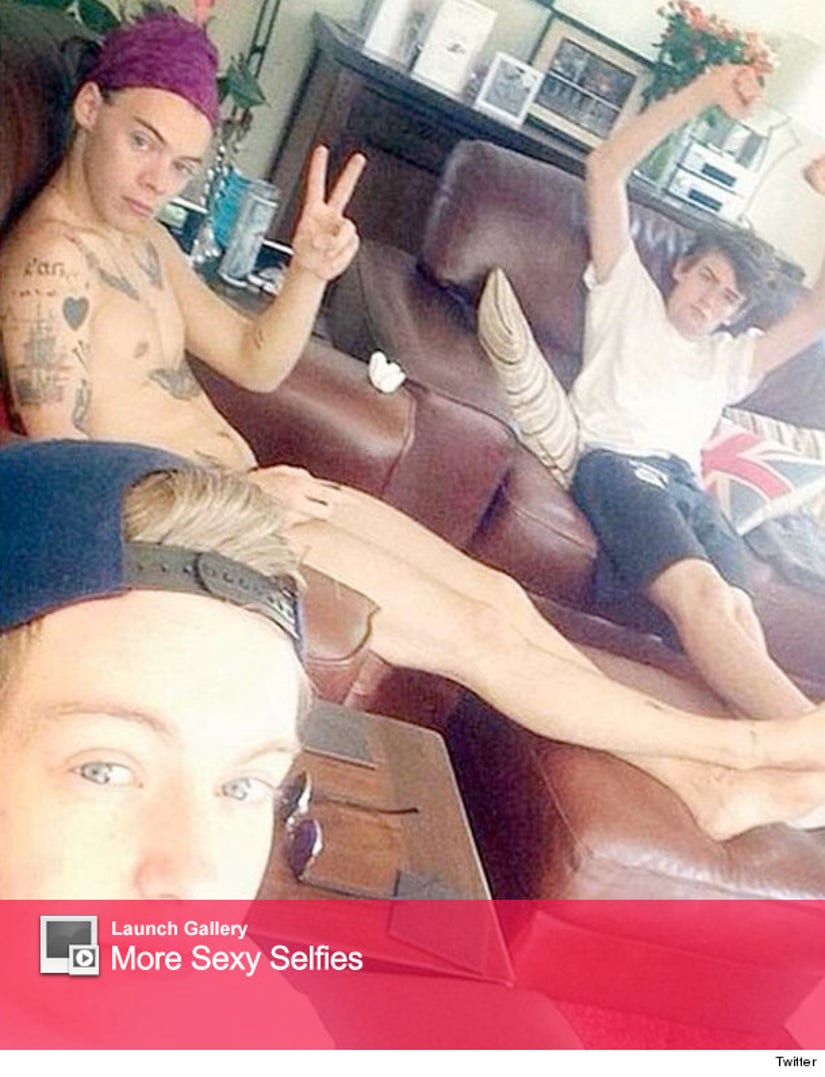 The One Direction frontman was just pictured hanging out with his cousins ... naked on a leather couch.

The 20-year-old's cousin, Matt Selley tweeted the picture and then quickly deleted it, which showed the boys spending a relaxing day inside, seated next to their famous family member.

Harry's not completely on display, though. In the candid snap, Styles is covering his manhood with his hands.

It's definitely the pop star in the picture -- you can visibly see all of Harry's random tattoos ... even that giant butterfly on his chest. But he's gotta be wearing some short shorts or something, right?

The boy band sure knows how to make headlines -- last week, Louis Tomlinson and Zayn Malik were spotted in a video smoking what appeared to be marijuana.

What do you think about Harry's possibly-nude photo? Sound off below and click "Launch Gallery" above to see even more sexy stars!