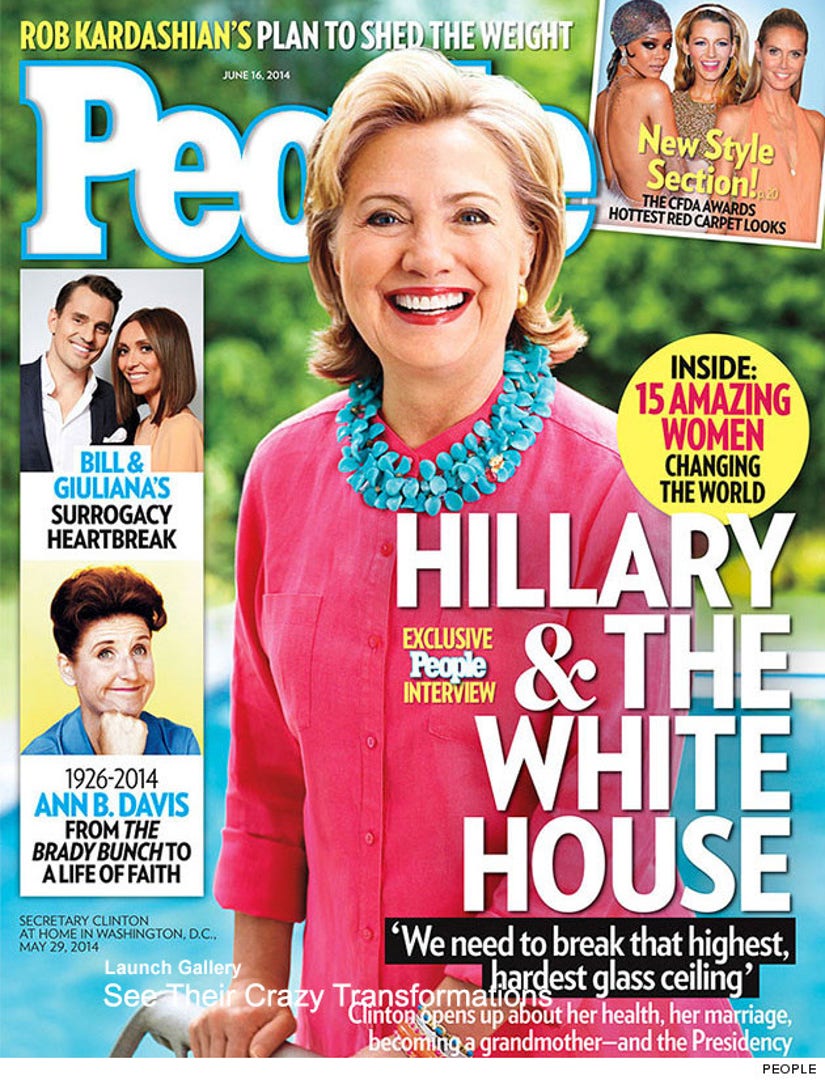 The Secretary of State cover the latest issue of People magazine, where she opens up about Monica Lewinsky's essay in Vanity Fair and talks about her possible run for president.

So did the former First Lady ever read Lewinsky's article about her affair with Bill Clinton? "No," she says.

"I dealt with all of that in my book 'Living History.' That was a long time ago. I certainly have moved on," she adds.

Clinton's also asked if she regrets calling Monica a "narcissistic loony toon," to which she responds, "I'm not going to comment on what did or didn't happen. I think everybody needs to look to the future."

Plus, Hillary has far more important things to spend her energy on these days ... like possibly running for president.

"To have a woman president is something I would love to see happen, but I'll just have to make my own decision about what I think is right for me," she says.

Hillary's daughter, Chelsea Clinton, is also expected to welcome her first child in the fall, so that may have something to do with Mrs. Clinton's "decision."

"With the extra joy of 'I'm about to become a grandmother,' I want to live in the moment," she tells the mag. "At the same time I am concerned about what I see happening in the country and in the world. Through the next months, I will think more about what role I can or, in my mind, should play."

Well, we're sure the Secretary of State will make the best decision for her -- and we'd love to see a woman run for president, too!

What do you think about Clinton's candid comments? Sound off below and check out even more high profile cheaters in the gallery!