Tom Cruise took on Jimmy Fallon in a game of "Face Breakers" on "The Tonight Show" on Wednesday -- and it was clear the "Edge of Tomorrow" star wanted to win.

Always one to play fair, the actor asked where he should stand. Fallon smiled and said, "You stand further back [than me]."

The rules of the game are simple: the players throw footballs at a wall of glass panels, which feature either an image of either Fallon or Cruise. Whoever smashes all their panels, wins the game.

Unsurprisingly, Cruise's first throw was on target, shattering a glass panel featuring the comic's face. Fallon also broke glass on his first attempt -- but unfortunately, he smashed the wrong panel.

"Did you just hit yourself?" Cruise asked the late night host.

After a few misfires, Fallon started catching up with the actor's score. Check out the video above to see who took home the "Face Breakers" title!

Are you surprised by the winner? Tell toofab in the comment section, and click "Launch Gallery" below to see more of Tom Cruise's headline-making moments. 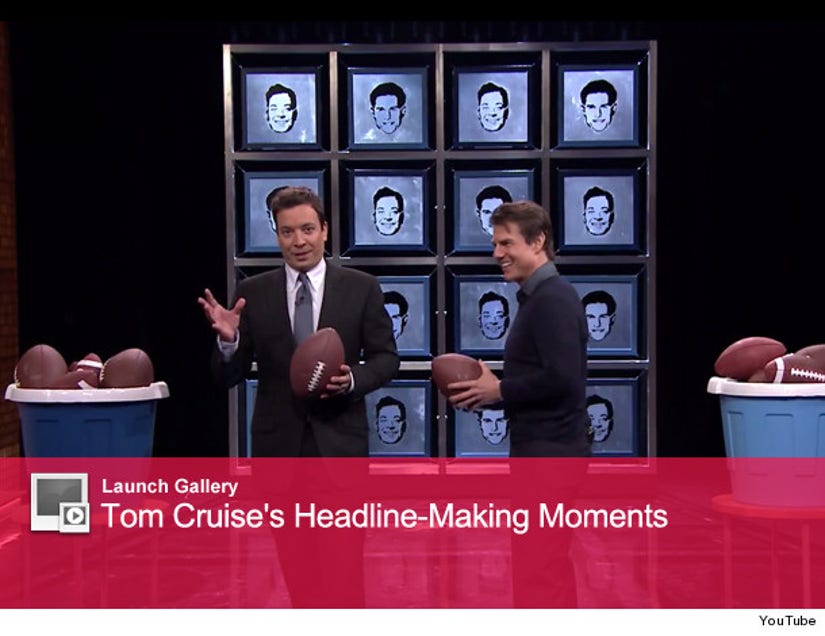