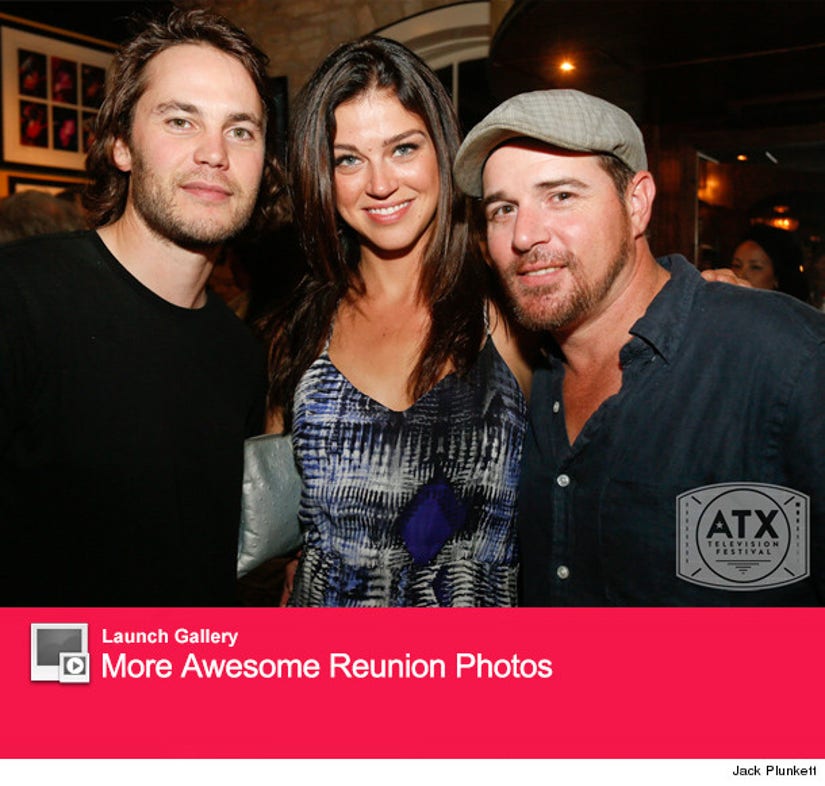 The cast of "Friday Night Lights" had a mini-reunion in Austin, Texas on Thursday night during the third annual ATX Television Festival.

Taylor Kitsch, Adrianne Palicki, Derek Phillips, Louanne Stephens and Katherine Willis were all on hand for the Opening Night festivities at both the State Theater and Maggie Mae's last night, returning to the city where they filmed the beloved football series.

See even more photos in the gallery above!

While Palicki, Phillips, Stephens and Willis were all previously announced -- and are hosting a screening of a fan-favorite episode later this evening -- Kitsch was a welcome surprise to his costars and fans alike.

It's clear the gang has remained pretty close since the series went off the air in 2011, as they were seen throwing back drinks together at the party like no time had passed.

toofab's Brian Particelli caught up with Phillips on the red carpet, where he opened up about why he doesn't think the much-talked about movie will ever happen.

The show is definitely a favorite of the festival.

Last year, costars Kyle Chandler, Connie Britton, Scott Porter and more all attended and had their very own panel -- where we learned quite a few interesting facts about the wild happenings going on behind the scenes.

Check back later this weekend for more ATX reunions with the casts of "Hey Dude," "Roswell" and "Everwood":