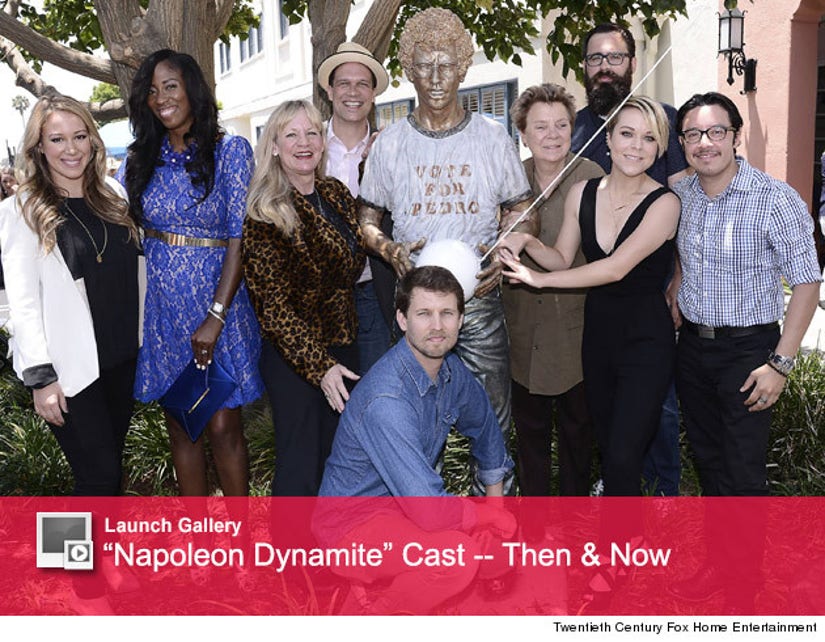 It's hard to believe that it's been 10 years since "Napoleon Dynamite's" theatrical debut. "Gosh!"

The cast also posed for pictures with a commemorative bronze statue of Napoleon wearing his iconic outfit, complete with his "Vote For Pedro" T-shirt, high-waisted jeans and moonboots.

Unfortunately, Jon Gries (aka Uncle Rico) and Aaron Ruell (Kip) were MIA. But, there was an unexpected special guest there: Tina, the llama! 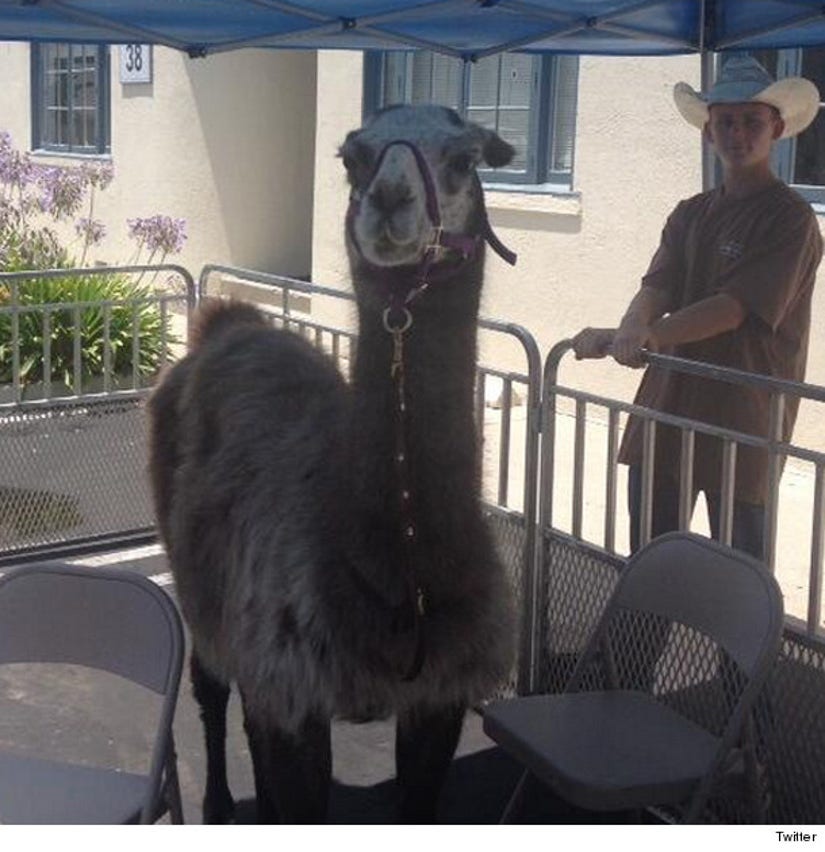 The offbeat, coming-of-age comedy came out on June 11, 2004 and became a hit thanks to its quirky characters and memorable one-liners ("Can I have some of your tots?")

"We recognized early on that Napoleon Dynamite was made with a ton of heart," Sundance Film Festival director of programming Trevor Groth told New York Daily News. "In my 20 years on the programming staff for the festival, it is the only feature film submission that I immediately re-watched."

"Ten years later, the film continues to resonate with audiences, proving the truly timeless magnificence that is 'Napoleon Dynamite,'" he added.

Fans can now get a "10 Sweet Years Edition" of the movie on Blu-ray and DVD.

Click "Launch Gallery" above to see the cast, then and now.