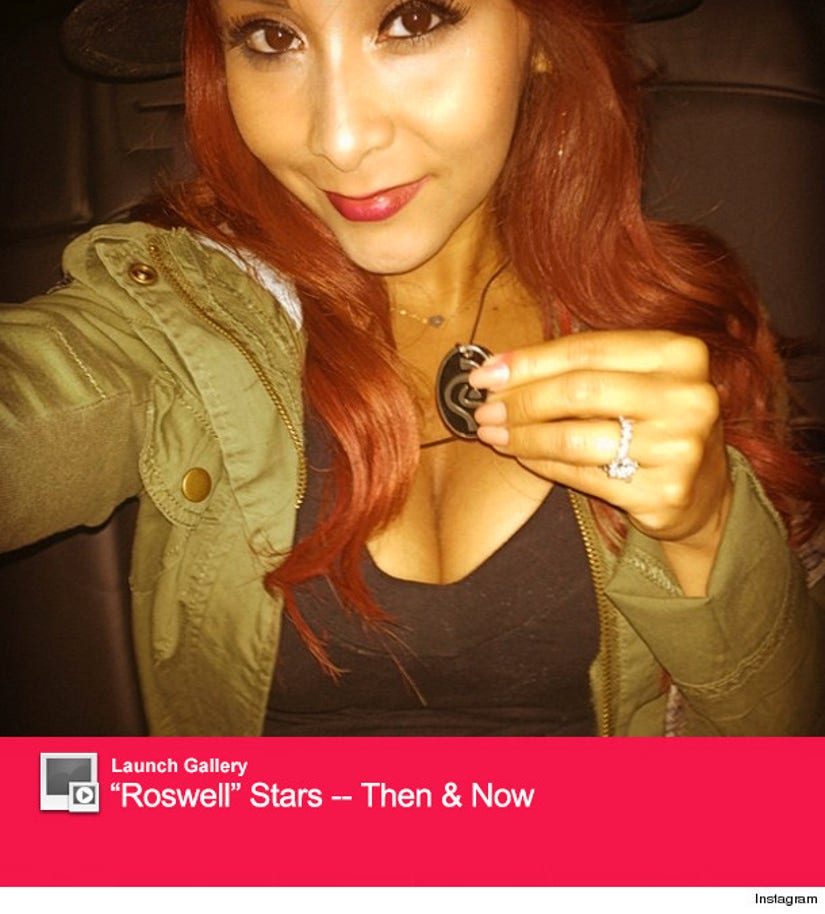 A ton of "Roswell" fans made the trek to Austin, Texas to see their favorite stars reunite over the weekend -- and one of them was a celebrity herself!

While cast members Shiri Appleby, Jason Behr, Brendan Fehr, Nick Wechsler, Majandra Delfino and creator Jason Katims got together at the ATX Television Festival for the first time since the show went off the air back in 2002, another star was sitting in the audience tearing up and almost "peeing her pants in excitement."

Decked out in a necklace featuring an alien symbol from the show, "Jersey Shore" star Nicole "Snooki" Polizzi traveled from New Jersey to the Lone Star State to witness the reunion of one of her favorite shows.

And the reality TV star wasn't just one of the 187 people in the packed Alamo theater, she also asked a question during the panel -- freaking out a little while asking if the cast members believed in extraterrestrial life. Hear her ask at the very, very end here.

toofab caught up with Snooks after the reunion, where she gushed about the WB series.

"I called my best friend and told her to take off work because our dreams were coming true," Snooki says, explaining her reaction when she heard the cast was getting together again.

"I'm a sci-fi chick, and I love the unknown," she adds. "'Roswell' was the perfect show for me growing up because I'm obsessed with aliens, and it also had an amazing love story."

When asked if she had a favorite character on the show, Polizzi clearly had a hard time deciding.

"I loved them all. Max and Liz of course stole the show, but I also loved Michael and Maria as a couple," she says. "Kyle and Alex were a fave too!"

And while we noticed the expecting reality TV star was tweeting back and forth with Shiri Appleby after the panel about meeting up later on in the day, it wasn't meant to be.

"I wasn't able to meet them which was such a bummer because we thought they would do meet and greets," she says. "Maybe next time!"

Check out some video from our chat with the stars below -- plus, click here for more "Roswell" reunion goodness!