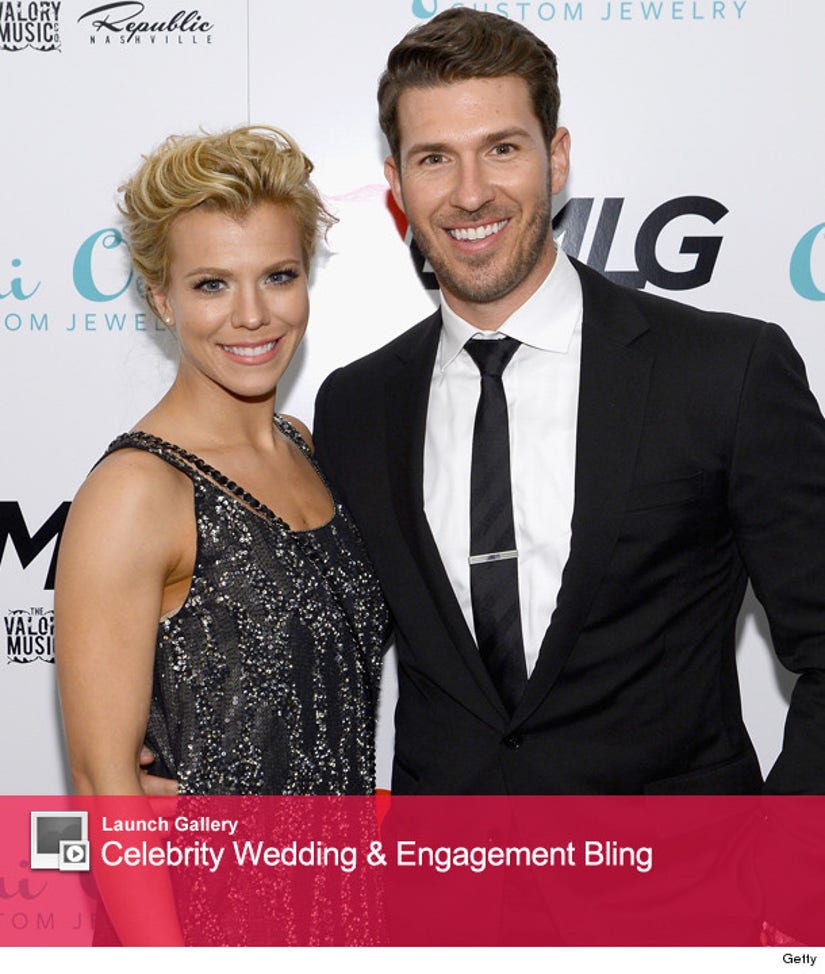 Strike up the band!

The ceremony is taking place at the First Presbyterian Church. Carrie Underwood and husband Mike Fisher were spotted at the event, while Miranda Lambert and Blake Shelton were rumored to be in attendance. 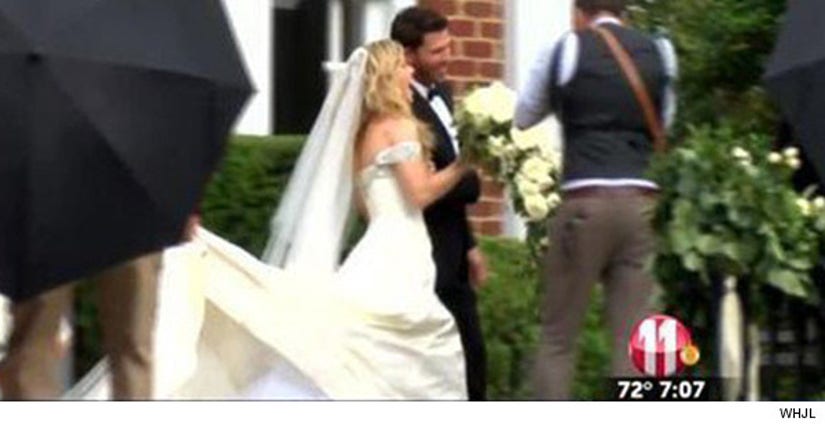 The bride wore a white, sleeveless gown for the big day. The local news station, WJHL, captured Kimberly in her dress outside the church after the ceremony (above).

The Band Perry singer and the Texas Rangers catcher got engaged back in September at Perry's parent's home, according to Us Weekly.

The "If I Die Young" songstress had dreamed of getting proposed to under a large oak tree in the yard while wearing a favorite pink dress -- and Arencibia made it come true. He sent Perry inside to change, and her family had a special letter and bracelet waiting for her in her room.

"I got to read the letter and get dressed and put on my grandfather's bracelet," Perry told The Tennessean. "I came back out on the front porch and he was standing there and he got down on one knee. It was perfect."

The pair started dating a year-and-a-half ago after meeting at the Florida Strawberry Festival in Plant City, Fla. in February 2012. Arencibia met Perry backstage during a meet-and-greet, got her number and started dating a few months later.