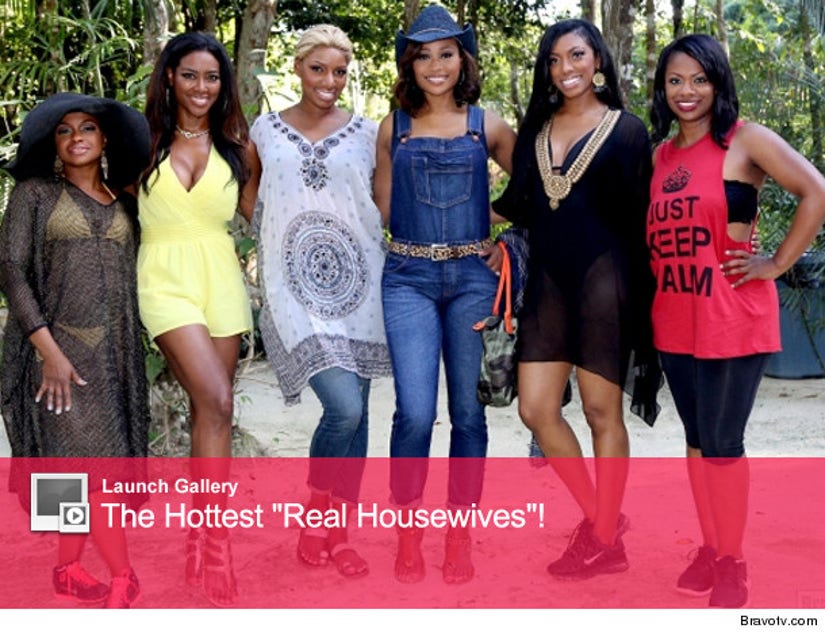 Will the show go on?

The "Real Housewives of Atlanta" had a rocky Season 6 reunion, one that escalated into a physical fight between Porsha Williams and Kenya Moore.

Moore -- who had been antagonizing Williams throughout the reunion special -- took a beating when Porsha lost her cool and went on full attack mode.

Executive Producer, Andy Cohen has stressed that physical violence would not be tolerated on the reality series ... especially after the infamous Pajama Party brawl earlier in the season.

So, did Williams get the boot?

According to E!, all six of the ladies will be returning to the "Real Housewives of Atlanta" ... including Kordell Stewart's ex and the much-hated former Miss USA.

Porsha and Kenya are reportedly finalizing their contracts.

We're happy to hear that the whole crew is here to stay, and we can't wait to see the ladies (and the drama) when Season 7 kicks off later this year!

Are you excited that both Porsha and Kenya will be returning? Tell toofab in the comment section below and click "Launch Gallery" above to see the hottest "Real Housewives"!