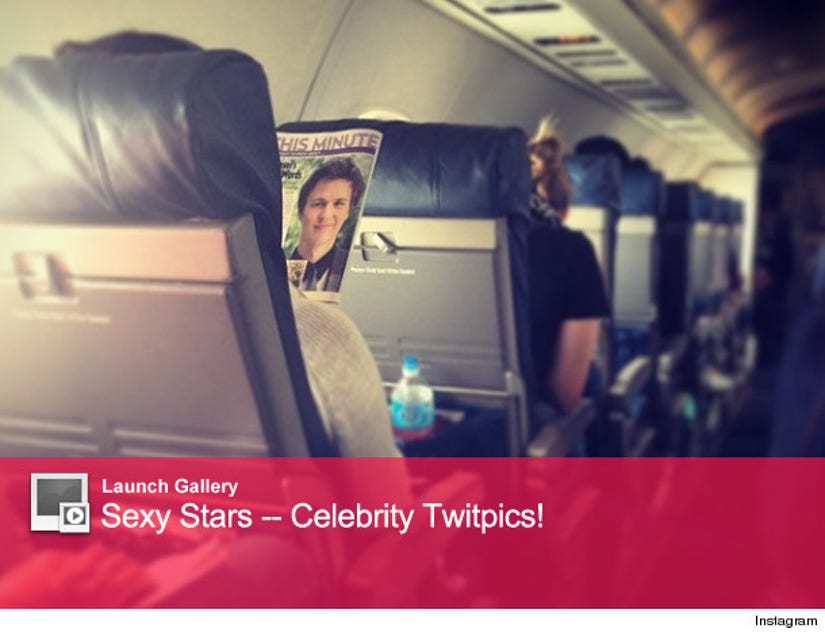 Ansel Elgort is getting used to fame!

"The Fault in Our Stars" actor posted one hilarious candid via Instagram over the weekend, where he caught an unsuspecting fan reading up on him while the two were traveling on a plane together.

Ansel -- who rose to fame starring in flicks like "Carrie" and "Divergent" -- has over 1.7 million followers on the social networking site, and he's quickly becoming a Hollywood heartthrob.

While the young star likes to have fun, he does want to be a good role model.

"It's important power," he told The Guardian about his recent stardom. "Because there are some celebrities who have millions and millions of people following them and they don't lead by example."

"I'm happy to be a role model because I think I can do it over other people. I think my parents raised me well. And I'm pretty straight edge. All my friends make fun of me for being straight edge. Like we go out and I'm not really drinking. But they understand why – I'm doing really well, I'm really focused always on the prize. I want to keep creating and making important things and that's what I want Ansel Elgort to be about.," he explained.

Well, the Hollywood hottie sounds like he's got a great head on his shoulders!

What do you think about Ansel's funny photo? Sound off below and click "Launch Gallery" above to see even more sexy stars!