Sex, lies, and… fun bags?! Yep, this sounds about right when it comes to the lives of the "Real Housewives of New Jersey."

Teresa Giudice and co. will return to Bravo for a sixth season on Sunday, July 13 with a lot of highly anticipated drama!

We got an extended sneak peek of the jaw-dropping season with many surprises and scandals headed our way with new cast members and the return of ex-Housewife Dina Manzo.

"RHONJ" Veterans Teresa and Melissa Gorga have made amends and seem to be BFFs, which is very different from their rocky relationship in previous season. Teresa is laying low from drama with the girls but is dealing with another kind of reality as she and hubby Joe Giudice tackle their legal woes. The couple could be facing some serious prison time after Joe pleaded guilty to nine counts of mail, wire, bank and bankruptcy fraud earlier this year.

Melissa looks like the queen of drama this season, as she has intense conflicts with newbies, Amber Marchese and the "fun bag twins," Nicole Napolitano and Teresa (pronounced terr-ess-uh) Aprea.

Caroline Manzo, Jacqueline Laurita, and Kathy Wakile are not returning to the show this season, but another fan favorite will be making her big return ... Rosie Pierri!

Check out the clip above to see some of the biggest OMG moments -- and click "Launch Gallery" below to see photos of the cast.

We hope it's as juicy as their spaghetti and meatballs! 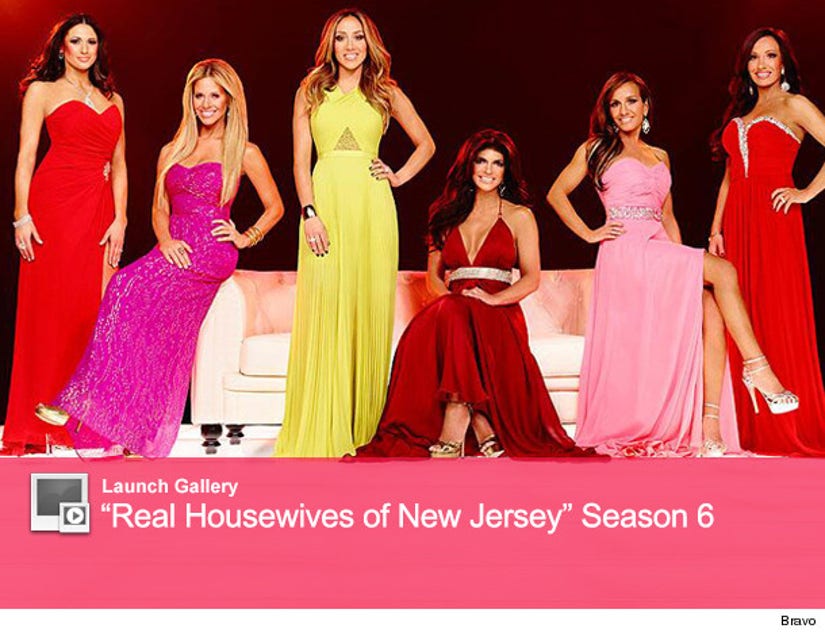