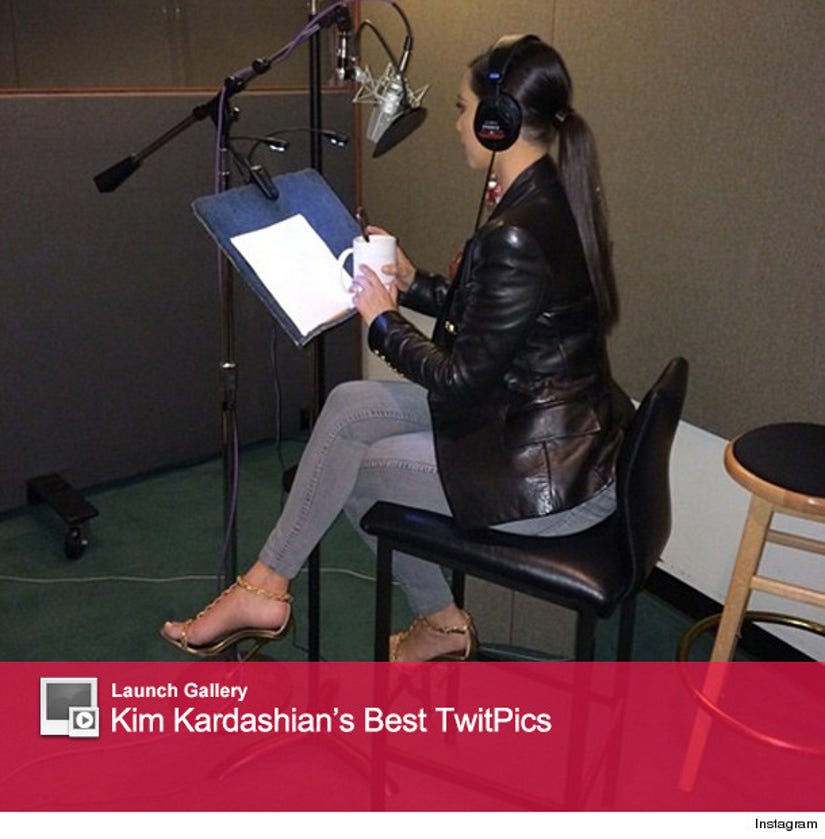 The "Keeping Up with the Kardashians" star is expanding her already expansive resume with a brand new video game -- and toofab has all the exclusive details.

The 33-year-old piqued fans' interest this morning when she teased her upcoming project with two Instagram photos. One of them showed her in studio in front of a microphone -- doing what we can only assume is voice over work for the game -- while the other displayed a cartoon version of the fashionista and the title "Kim Kardashian Hollywood." 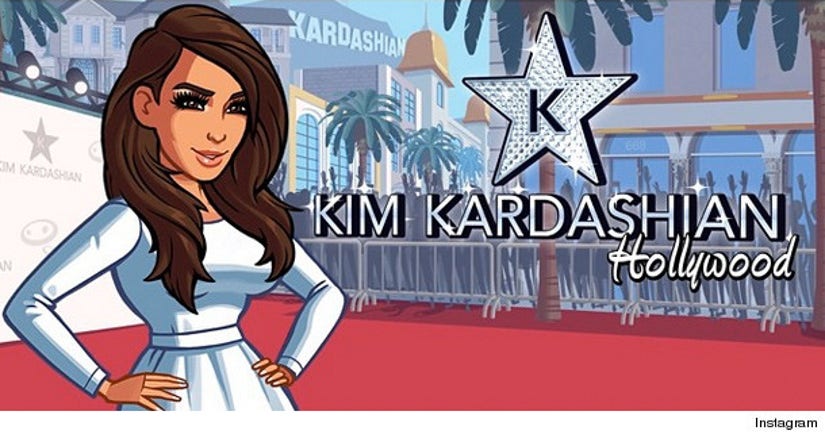 We're told "Kim Kardashian: Hollywood" is a mobile game launching soon on iTunes and Google Play. The app is a Kim-centric version of the Glu Mobile product Stardom.

The original game allows users to control an aspiring actor or actress while they "visit all-new restaurants, clubs and movie studios, flirt and network with other famous actors to get the best roles, customize your home with cool designer furniture, avoid the paparazzi, and get famous in new movies and TV shows."

It doesn't seem like you'll actually play as Kim in the new game, but she will serve as a career mentor who helps your avatar get a publicist and book gigs We're also told the reality star will be seen wearing a collection of outfits modeled after looks in her actual closet.

We'll see for sure when a trailer for "Kim Kardashian: Hollywood" drops later this week.