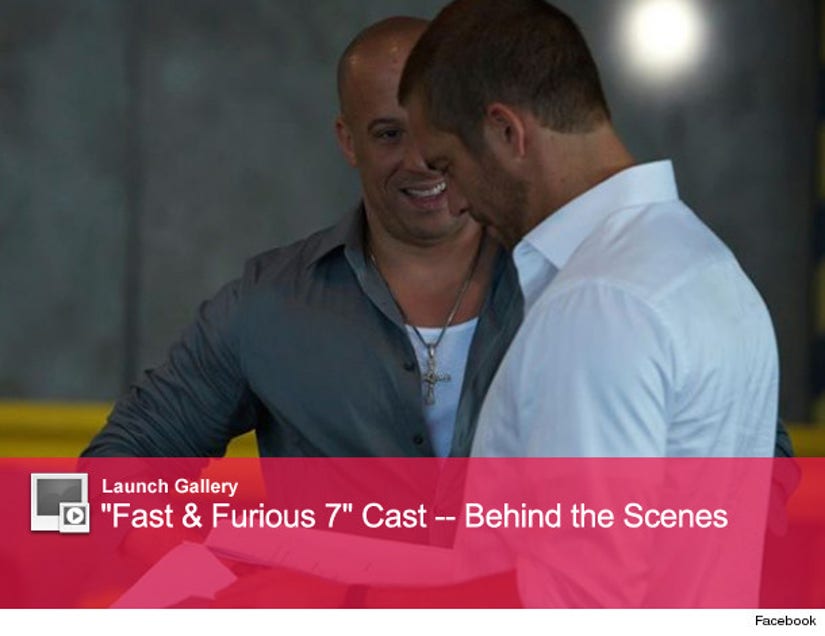 Vin Diesel is speaking out about the "awkward" and "uncomfortable" process of filming "Fast & Furious 7" without Paul Walker.

The actor just posted a lengthy message on Facebook detailing why he's been having problems making the movie without his costar, who tragically passed away in a car accident last year,

There wasn't a scene in the saga he didn't want to discuss, improve... even with just a changing of a line or adding a specific nuance to enrich a moment.

He did it with the pride of knowing, that over a decade of portraying Brian, through four directors, multiple writers and new producers he was able to maintain the inner core of the character he created. Those work ethics and drive to be both truthful, and in his own way, evolve the decade spanning character is what made his character as iconic as it has become.

He always knew I would fight for him… whether it was to protect his deal or to protect his integrity… and he knew that if it made for a better film, I was going to do whatever it took… it is why together, we won best duo... twice, 12 years apart.

With our new ambitious vfx team, the whole cast and crew has had to adjust to this awkward and uncomfortable process of pixels over people. Aside from the obvious strains it places on the director, the challenge is not to allow it to compromise what makes the character so special.

﻿Last week, The Hollywood Reporter said the 46-year-old spent a whole day in his trailer and then called a meeting with the studio execs to discuss the direction of the film. The report also said there was low morale on set.

This latest message from Vin seems to address what THR described as his "difficult" behavior -- but does it sound justified coming from Diesel's perspective?

Tell toofab in the comment section below and check out more photos from the "Fast & Furious 7" set in the gallery above!