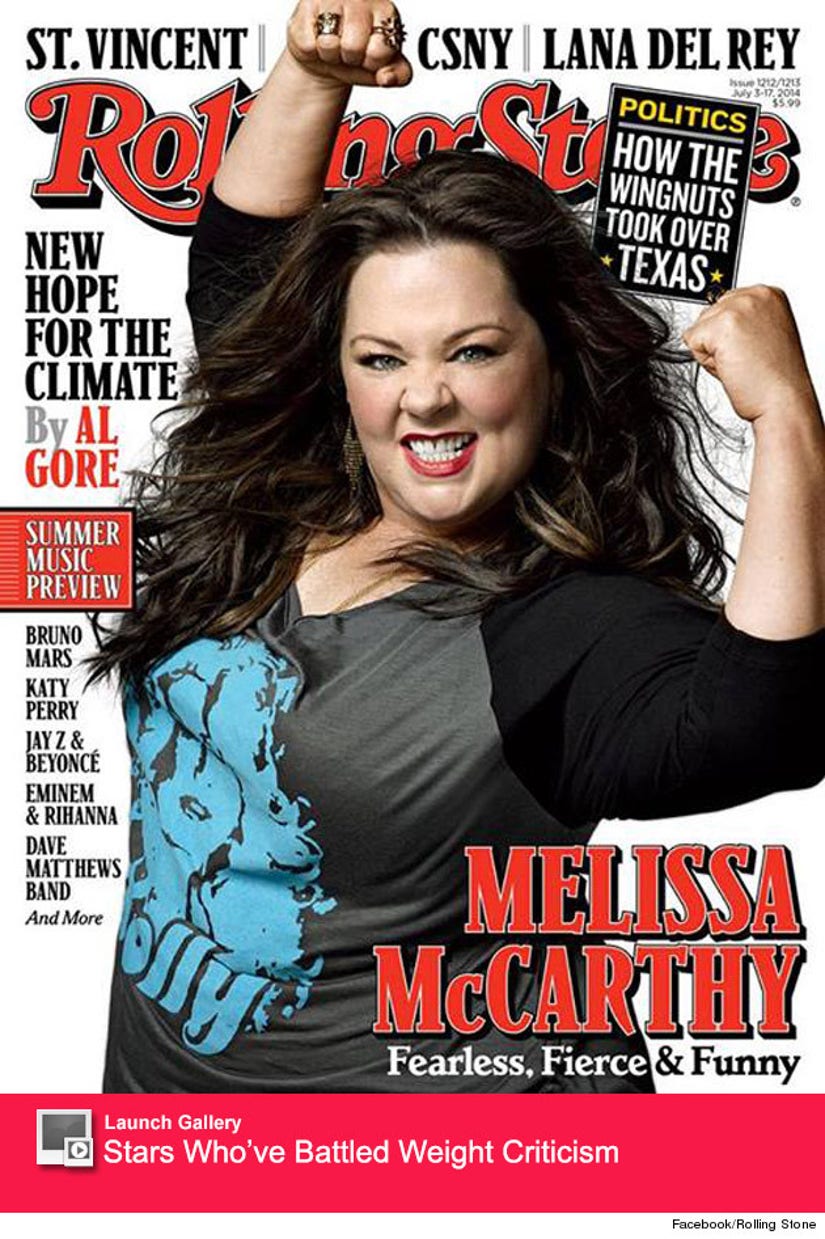 Melissa McCarthy is a true comedienne!

The "Bridesmaids" star covers the latest issue of Rolling Stone magazine, where she opens up about her early stand-up career and improving in movies.

"I really dressed to rival a drag queen, for sure," she says of her early career in comedy. "I had a gold lame swing coat on, a huge wig, big eyelashes."

"I talked about being incredibly wealthy and beautiful and living extravagantly," McCarthy adds.

Melissa definitely worked hard for her success -- after nearly a decade trying to catch a break in comedy clubs, spanning New York to Los Angeles, the actress told herself that she would find a new career path if she didn't find stable work by 30.

Just one week before her big birthday, the brunette beauty got an audition for "Gilmore Girls," and nailed it.

The "Identity Thief" star also says that she "blacks out" during her hilarious curse-filled movie rants.

At the end of "This is 40," the 43-year-old tells Paul Rudd and Leslie Mann, "I would like to rear up and jackknife my legs and kick you both in the f--king jaw with my foot bone." The hilarious credit scene was also a shocker to Melissa. "When I saw that scene, I really truly didn't remember saying most of it," she admits.

The comedienne also says that she too experienced some teenage angst, from dying her hair black/blue to wearing fishnets stalkings on her arms.

"I turned slightly nuts," she confesses. Melissa also says that she'd sneak into clubs as a teenager and did some shoplifting. "We'd wrap sweaters around ourselves and walk out," she explains.

But today, "The Heat" actress couldn't be happier. "I could eat healthier, I could drink less," she says. "I should be learning another language and working out more, but I'm just always saying, 'Ah, I could get hit by a bus tomorrow.'"

We love the actress' honesty! What do you think about McCarthy's candid comments? Tell toofab below and click "Launch Gallery" above to see more stars who've battled weight criticism!