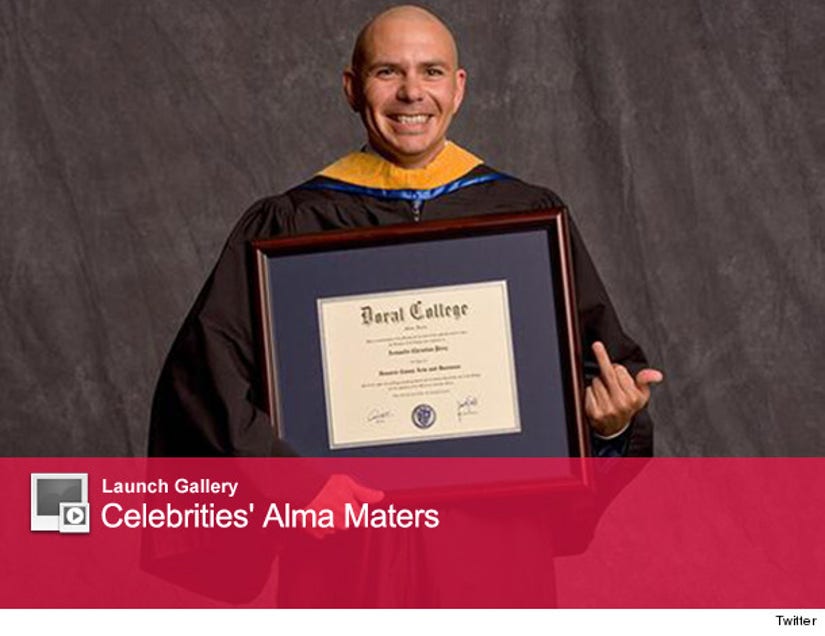 Well, that's one way to celebrate!

Pitbull received an honorary degree from Miami's Doral College﻿ on Tuesday, and he took to Twitter to share a special photo from his graduation day.

"For those that didn't believe #dale," he wrote along with the funny photo.

In the pic, the 33-year-old rapper is flashing a giant smile as he holds up his left middle finger next to his diploma as an F-U to all the haters.

All jokes aside, Pitbull talked about the importance of education during the graduation ceremony.

"I remember being kicked out of a public school because I didn't have the right address," he said. "That's why I want better schools for the kids who live where I grew up. That's why Doral Academy was founded, and that's why I helped create SLAM [Sports Leadership and Management Academy] in the neighborhood where I grew up...a school that offers a choice for students, like me, students who need someone to inspire them, someone to believe in them."

What do you think about Pitbull's candid comments ... and his epic grad photo? Tell toofab in the comment section below, and click "Launch Gallery" above to see more celebrities' alma maters!