It's been 27 years since the release of the Coen Brothers' 1987 cult classic, "Raising Arizona" and we still remember those hilarious one-liners!

The film stars Nicolas Cage and Holly Hunter as a couple who struggle with fertility issues and kidnap a baby -- one from a set of quintuplets -- and are then chased by a bounty hunter.

So, what happened to that cute kidnapped kid?

"Today" caught up with T.J. Kuhn, the child actor who played Nathan Arizona Jr., and he talked about what it was like to play the cheerful toddler in the funny flick.

"It's surreal to sit there and watch," he said of the footage, while his mother recalled, "He was just so laid back -- I think during the auditions, he just didn't care. They passed him all around!"

The former child star's father first heard about the opportunity while working at a jail and spotting the ad in the newspaper. "I thought it'd be a fun thing to do, to take him to the interview," he said.

The best part? One portion of the casting process included putting baby Kuhn alongside a motorcycle to see how he'd react.

While Kuhn had a memorable big screen debut, he's now out of the acting game and works as a real estate agent in Phoenix. Talk about a fun first gig!

Click "Launch Gallery" below to see more child stars, then and now. 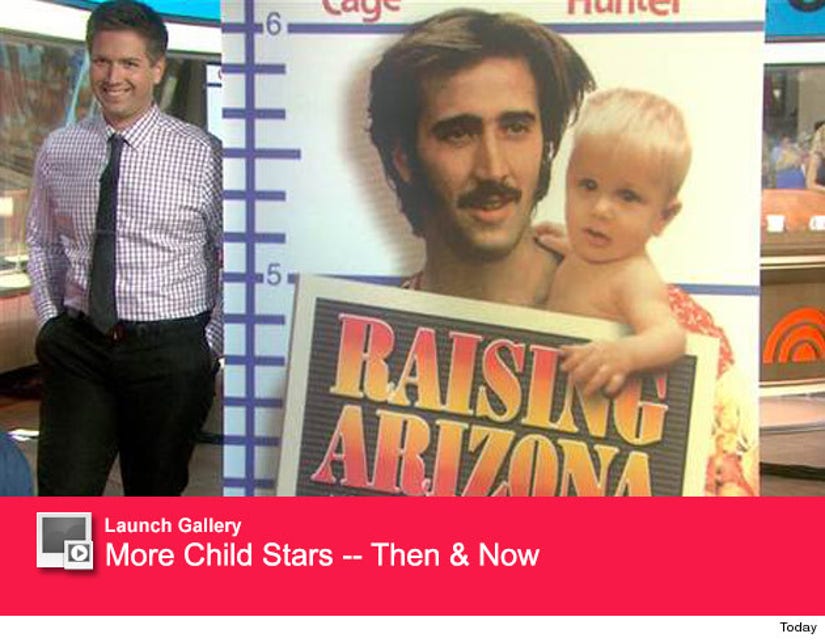