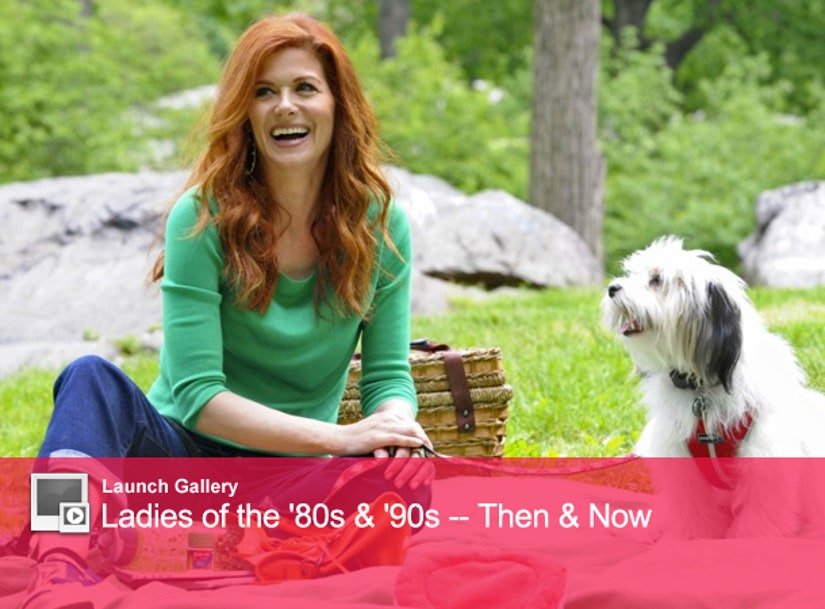 Debra Messing first won our hearts as Grace Adler on "Will & Grace" (we've seen every episode … twice), and then continued with roles on TV shows like "The Starter Wife" and "Smash." Now, the Emmy-winning actress is starring as a homicide detective in the upcoming NBC drama, "The Mysteries of Laura."

Messing took time out of her busy schedule on set to catch up with toofab's Rachel Hoffman, where she talked about everything from a "Will & Grace" reunion to her recent 20-pound weight loss.

It's been eight years since "Will & Grace" went off the air, but Grace Adler continues to be an iconic character. Rumors recently started swirling that a reunion special was in the works, but NBC inevitably shot down those reports.

When we asked Debra about all the buzz, she said, "I never say never to anything, but it would be hard to have a reunion show because the series finale was 25 years in the future. So, we already know what happens. It would have to be a geriatric reunion."

"I would love to do a reunion where the cast chooses their favorite clips over the years," she added.

The 45-year-old star has played a series of strong women, but she admits that she's most similar to Julia Houston, her character in "Smash."

"The person that I'm most like now is Julia. By the end of the second season, she's a single mom who is very passionate about her work, but also passionate about being a mother to her son," she revealed. "She really values old friendships but also enjoyed her solitude. When I was younger, I think I was more like Grace because I was all over the place!"

Debra says she was instantly drawn to her role of homicide detective (and mother of twins) Laura in "The Mysteries of Laura," which also stars Josh Lucas as her ex-husband.

"The fact that she's a working mom going through a divorce, and she's trying to do the best that she can for her kids – I like that she doesn't care what people think about her," she explained. "She's always the smartest one in the room, and because of that, people give her free reign to break the rules. That's fun for me to play."

When we asked the red-haired beauty who she would want to play her in a movie about her life, there seemed to be no question.

"Amy Adams," she answered with no hesitation. "She played my half sister in 'The Wedding Date' and she's such a monster talent. But, she's also so goofy and funny and smart." 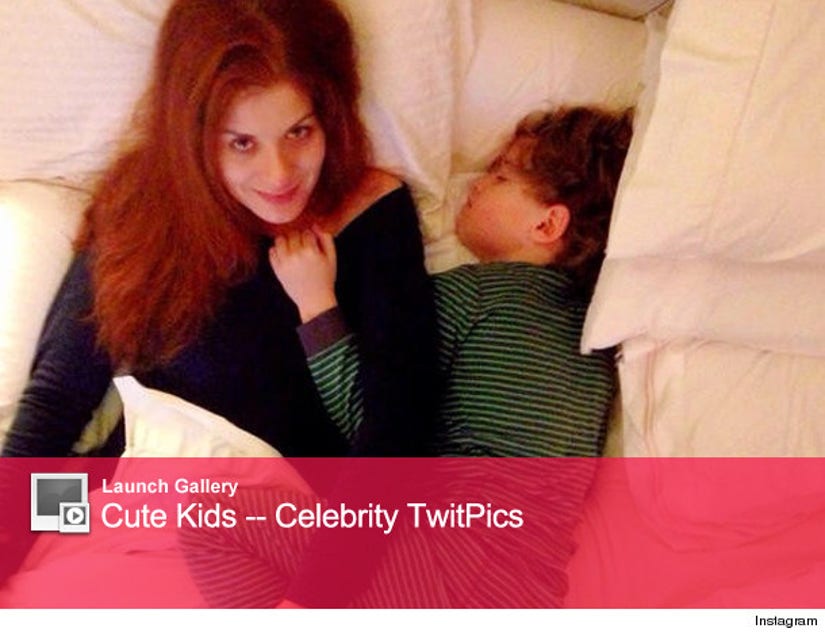 Messing is like many busy working moms — trying to balance a career with parenthood. The actress and her ex-husband, writer Daniel Zelman, divorced in 2012 after a 10 year marriage — however, they are happily co-parenting their son Roman.

While his famous mama is one of Hollywood's biggest stars, don't expect to see him on screen. "If he entered the entertainment business, I think he would be more of a director or a producer because he likes to tell people what to do!"

The kids knows what he wants!

Debra's career is in full swing, but she still finds time to take care of herself. She recently lost 20 pounds, and she credits a change in diet for helping her slim down.

"For me, it's all about eating right and eating clean. That's how I ended up losing that weight," she explained. "I learned that there is truth in the connection of what you eat and how you feel. I definitely have a lot more energy now. A lot of my focus is on the quality of life and being able to do everything I want."

"I can't say I stay fit because I don't have a fitness routine," she added. "I hate exercise. Every year, my New Year's resolution is to start exercising, and I just can't bring myself to do it." 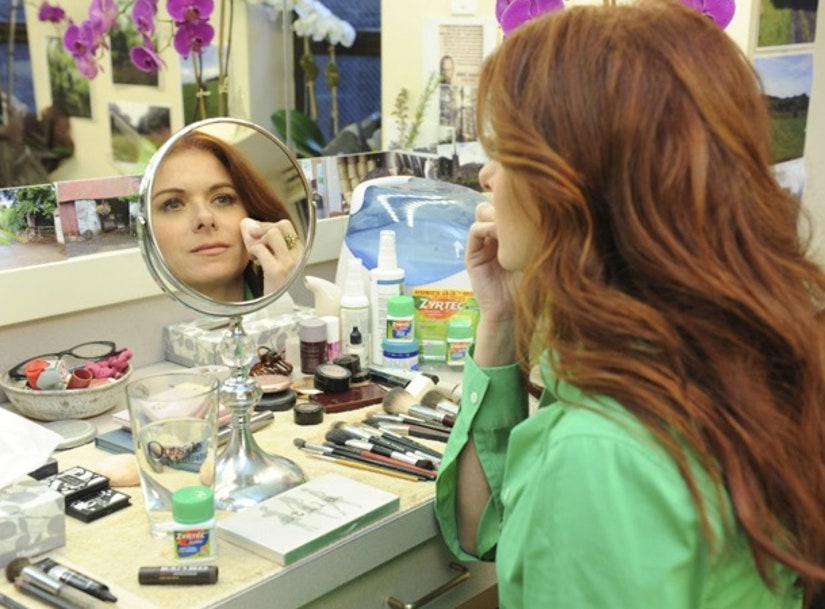 The stunning star also depends on Zyrtec to stay camera-ready. "I've been a lifelong sufferer of severe allergies, and it's gotten in the way of my work. I am able to count on Zyrtec, so I don't have to worry about how my body will respond," she said.

Messing also has a trick to combat her allergy symptoms. "One of my favorite tricks is to get a bowl of icy cold water and put a washcloth on my face. It takes all the puffiness out of my face, and I do that every morning before I put makeup on," she revealed.

So, what are her beauty products?

Gotta love a woman who knows her products!