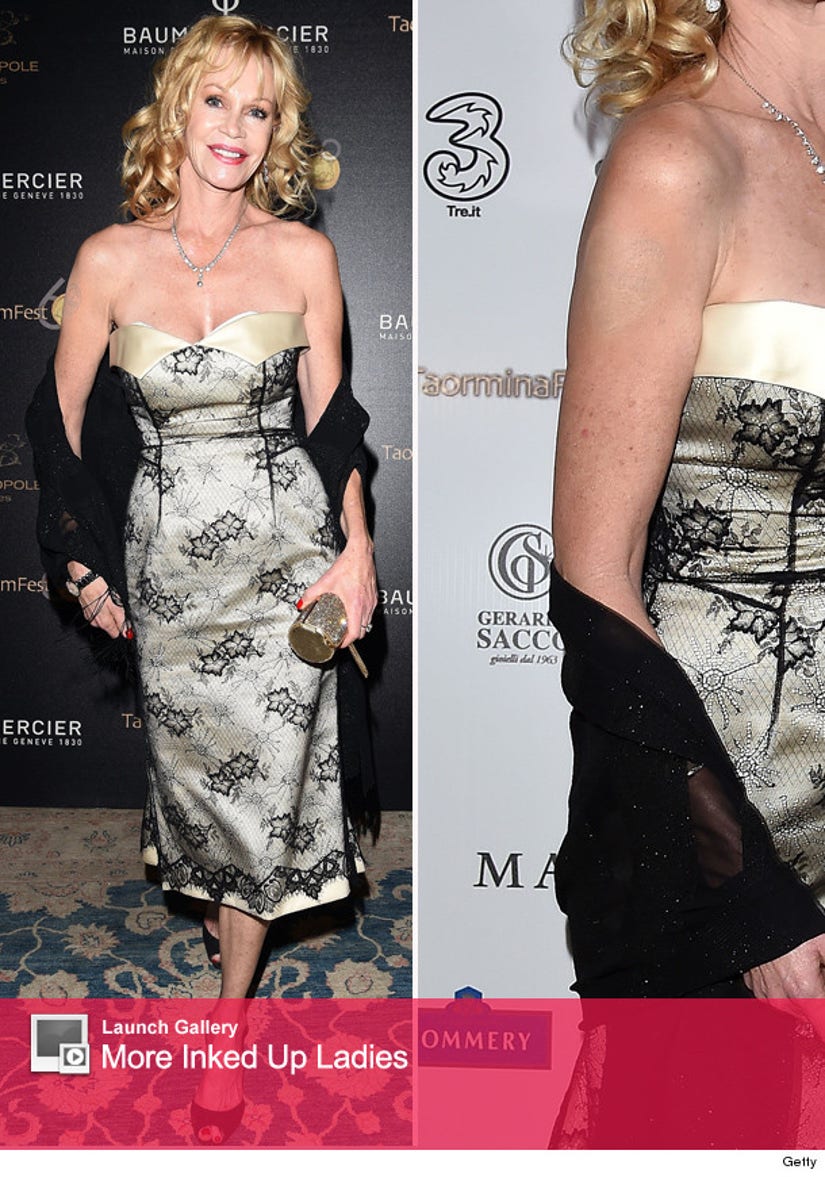 Taking things to the next level!

Melanie Griffith first hit the red carpet at the Taormina Film Festival in Italy with Antonio Banderas' name missing from her famous heart tattoo following the announcement of their split.

Now, the 56-year-old actress has stepped out again, but this time, she's erased her trademark tat altogether.

The blonde beauty looked slim in a strapless cream gown with black lace detailing, but it was her lack of ink that got photographers buzzing. The only clue to her former tattoo was a slightly noticeable pale patch of makeup on her right upper arm.

Earlier this month, the couple of nearly two decades announced their separation.

"We have thoughtfully and consensually decided to finalize our almost 20 years marriage in a loving and friendly manner honoring and respecting each other, our family and friends and the beautiful time we have spent together," the couple said in a statement.

According to TMZ, the split between Griffith and Banderas is an amicable one, and the only real issues will be dividing property and deciding who will have custody of the former couple's two dogs.