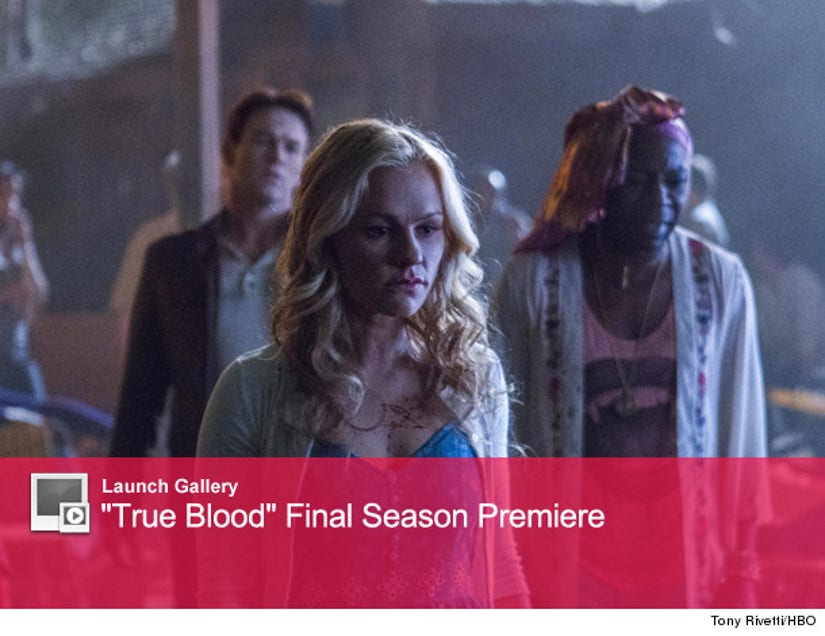 "True Blood" is back and bloodier than ever!

The season 7 premiere of the hit HBO show picked up where viewers left off last season during a vampire-human mixer held at Bellefleur's Restaurant (formerly Merlotte's) -- and a shocking death left loyal viewers reeling. Warning: Spoilers ahead! 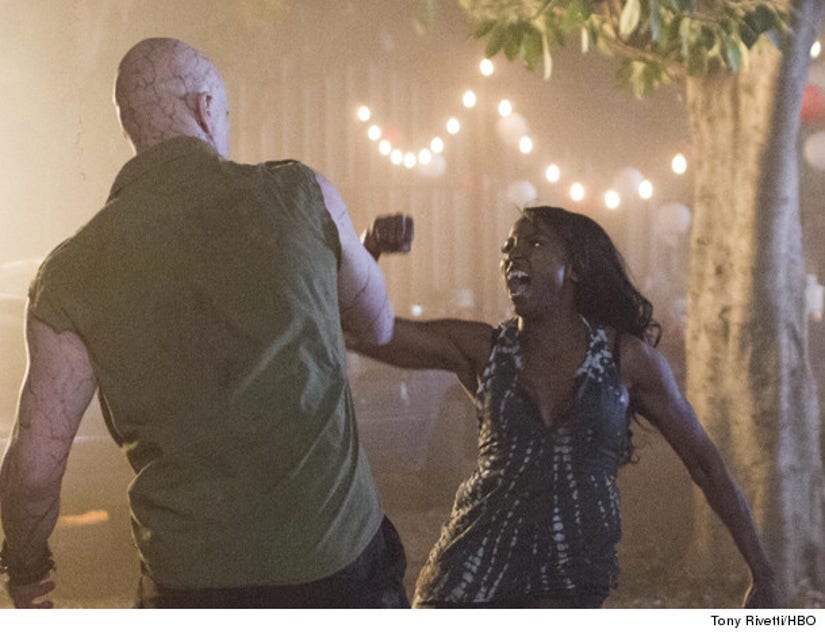 The party is suddenly besieged by a swarm of "Hep Vs." While characters like Arlene, Holly and Sam's pregnant girlfriend Nicole have been kidnapped, one character seemingly doesn't make it out of the melee alive: Tara Thornton. 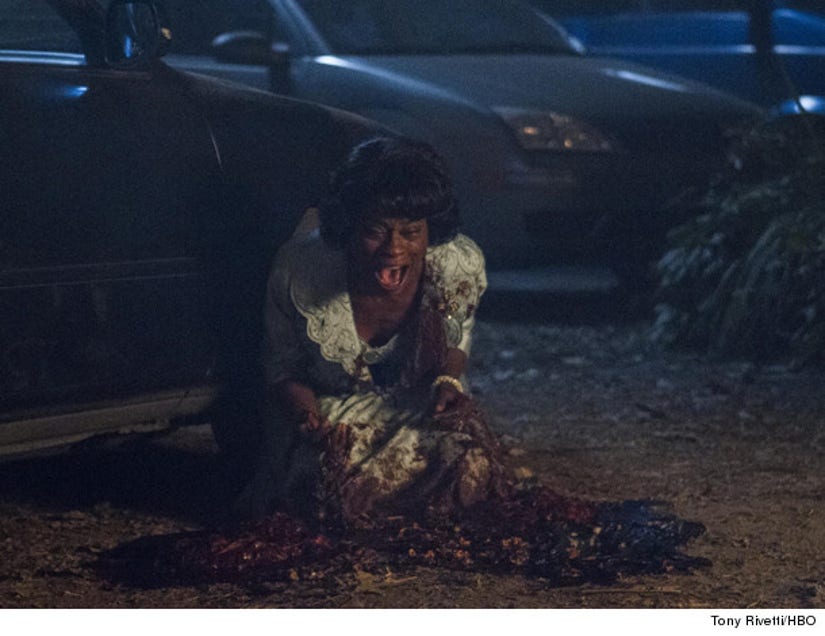 Sookie finds Lettie Mae, Tara's former crack addict-turned-gospel preaching mama, covered in blood and crying for her lost daughter. While Sookie is reeling from the loss, Lettie Mae really doesn't take it very well. But, did Tara reallllly die the True Death? We'll have to wait and see!

In the wake of the attack, Bellefleur's becomes a triage center for the wounded (like Lettie Mae, who reluctantly drinks Willa's blood to heal). Jason calls Andy to tell him about Holly and Arlene, and he leaves Adilyn at home with instructions not to let Jessica inside no matter what—and callously breaks the news to Jessica about Tara's death. (Remember that Jessica killed three of his daughters, so give him a pass.) 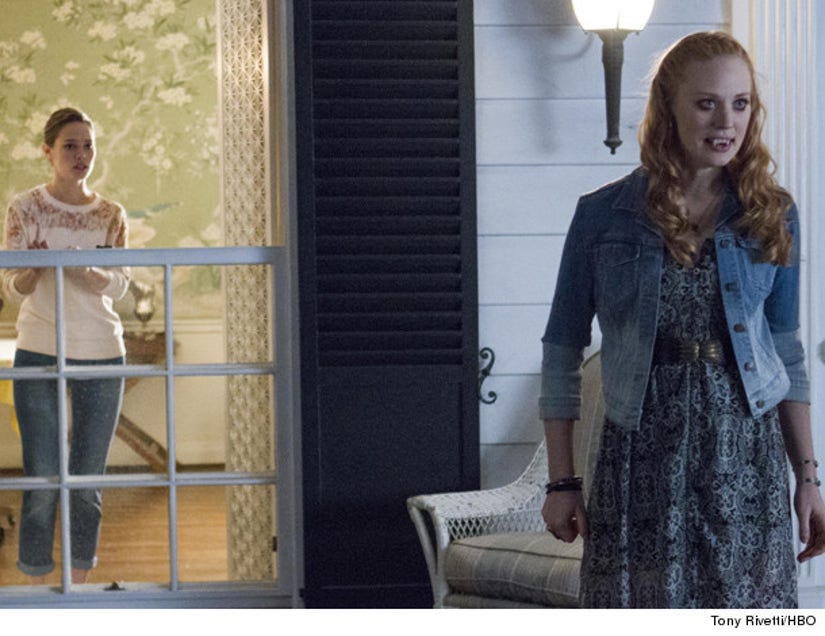 When Andy arrives at Bellefleur's, Alcide and Sam admit they lost the scent of the missing. Bill tells Andy that H-vamps will be nesting in an abandoned building, so while Jason and Violet are sent to check out one, Bill insists he accompany Andy to the closed-down slaughterhouse. Meanwhile, Sookie overhears Alcide blaming her for the massacre and she quietly storms off.

In their search for Arlene and Holly, Bill and Andy came upon a new group of anti-vampire raiders, led by Vincent, who was up against Sam for mayor. He happened to see Sam transform from a dog to a person back at Bellefleur's, and is now fairly upset that he was beaten in the mayoral race by a Collie. 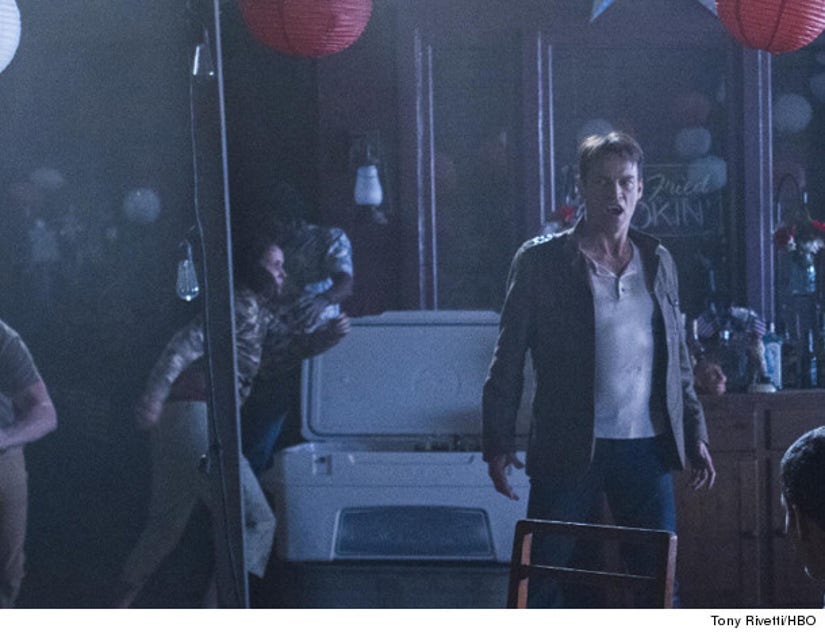 And in the aftermath of the attack, Sookie learns via her mind-reading abilities that the entire town blames her for what happened -- including her boyfriend, Alcide. They later make up in proper steamy "True Blood" fashion, in a sex scene directed by Anna Paquin's real-life husband Stephen Moyer!

Pam, meanwhile, was halfway around the world trying to discover the whereabouts of her maker, Eric, who we last saw very naked and sunbathing on a mountaintop. In Marrakech, she's handed a map marked "Rhone," so it looks like she'll be heading to France next.

There are so many details to digest, but we think this season is going to give viewers an EPIC ending.

What did you think of the "True Blood" season premiere? Sound off!