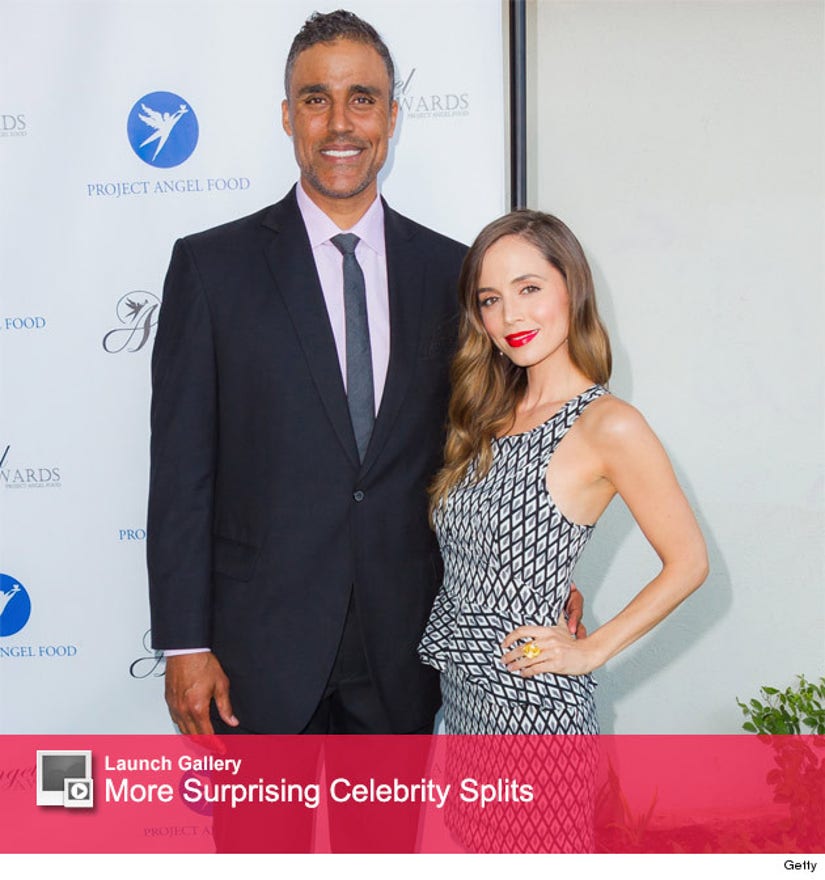 Eliza Dushku is back on the market!

The "Bring it On" star and longtime beau Rick Fox have officially split, the Boston Globe reports.

The actress has decided to move back to her home in Boston and is planning to go back to school.

The former NBA Celtics player is from Los Angeles and Eliza is from Boston, so it seems like the two couldn't agree on where to live, given their different backgrounds.

"Rick's an LA guy and I'm a Boston girl," the "Buffy the Vampire Slayer" star told the Globe. "I'd rather be a little physically cold here than emotionally cold in LA. I missed my town and I missed my family."

To clarify, Eliza tweeted that she wasn't talking about Rick when she said that she felt "cold" in L.A.

"I've been a very lucky & happy lady for the last 5 yrs w Rick- never 'emotionally cold' where he was concerned- that man has the biggest heart!," she posted on Tuesday.

"It's been with deepest respect, love, growth & #gratitude that we decided to chose different paths- & yes- cities at this point in our lives," she added.

The 33-year-old has already purchased a condo close to Watertown, where she grew up, and is excited to return to her roots.

Eliza hasn't given up on acting, though, it's more like a break from the 22 years she's spent in Los Angeles.

Are you surprised by the breakup news? Tell toofab in the comment section below and click "Launch Gallery" above to see even more surprising celebrity splits!