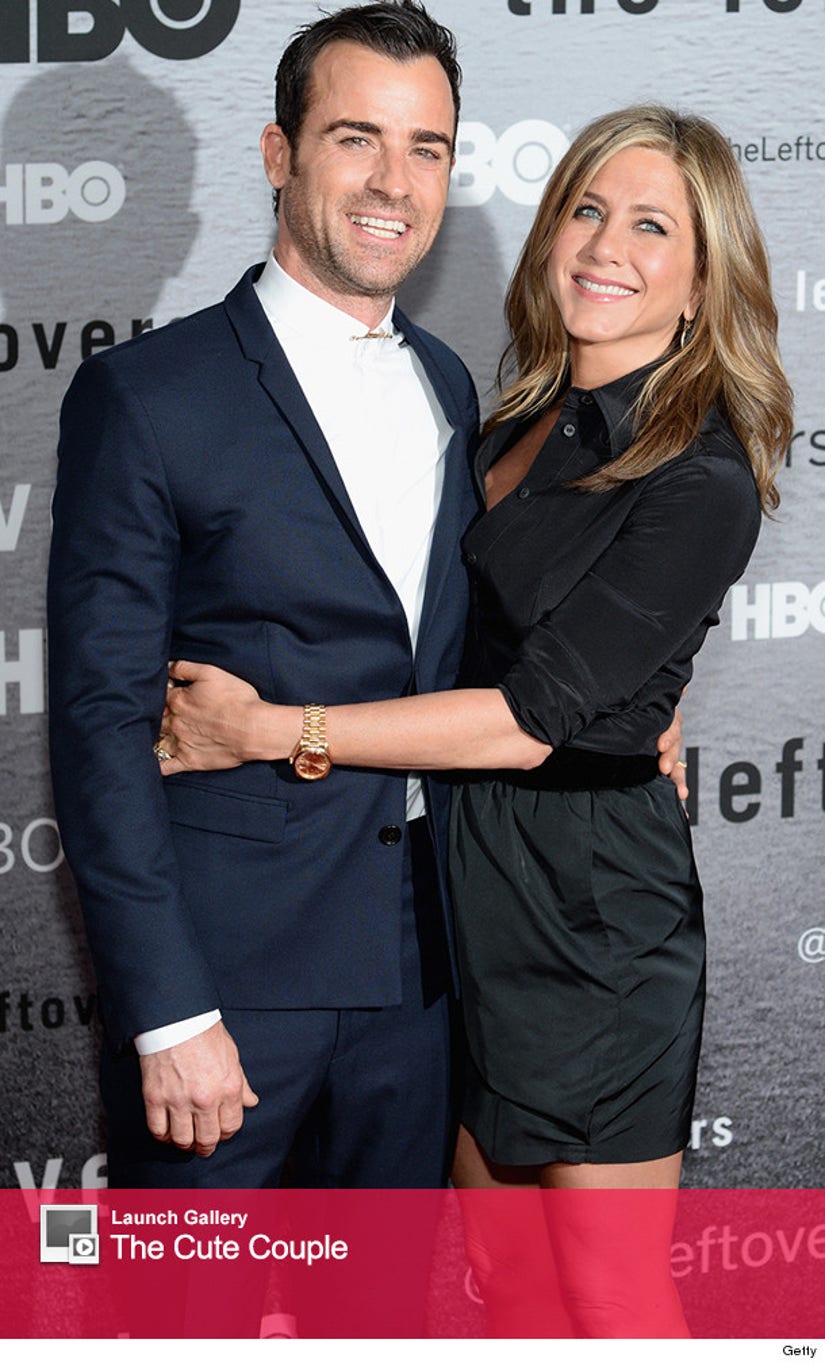 It's been a while, you two!

Jennifer Aniston joined fiance Justin Theroux on the red carpet on Monday night, the two making their first public appearance together since September 2013 for the premiere of Justin's new HBO series "The Leftovers."

Sporting a black dress, her hair in long loose waves and her can't-miss engagement ring, Aniston looked amazing at the event, which was held at the NYU Skirball Center in NYC. And her date didn't look too shabby either, with Justin hitting the carpet in a navy suit and white button down dress shirt.

Since the tabloids just love to say these two are always breaking up, it's nice to see the couple out together every now and then just to prove them wrong!

This is also the first time we've seen Jen out since her movie makeunder for her upcoming role in "Cake," a role that required her to sport a much shorter hair 'do and scars on her face.

"The Leftovers," which follows the happenings in a small town after 2% of the world's population suddenly vanishes, premieres Sunday night on HBO.