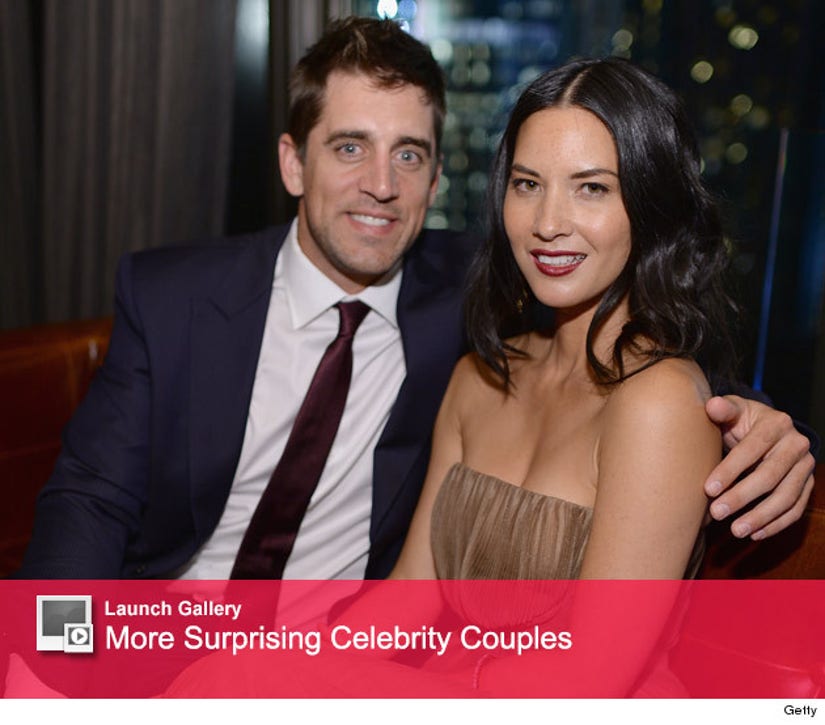 Olivia Munn and Aaron Rodgers are making it official.

The "Newsroom" actress and Green Bay Packers quarterback looked super close as they attended the premiere of Munn's new thriller, "Deliver Us from Evil," together at the Cinema Society Screening in New York City on Tuesday.

Munn stunned in a nude, strapless Vionneta gown which she paired with a gold Calvin Klein clutch, while her new beau donned a black suit and maroon tie.

The two revealed they were dating after they were spotted kissing on the set of Munn's HBO show in Los Angeles earlier this month,

The QB recently opened up about his personal life -- and was asked if he's used to all the attention that comes with dating a celebrity.

"You can either understand it comes with the territory and embrace it, or you can lock yourself away. And I just can't do that," he tells ESPN. "I need to be living my life. And I'm going to continue living my life and enjoy my public life and enjoy my relationships and not worry too much about that other stuff because it's like in football -– there's some things you just cannot control, and that's one of them."

We hope to see the happy pair out together more often!

Do you think they make a cute couple? Sound off below and see more surprising stars that who have dated!