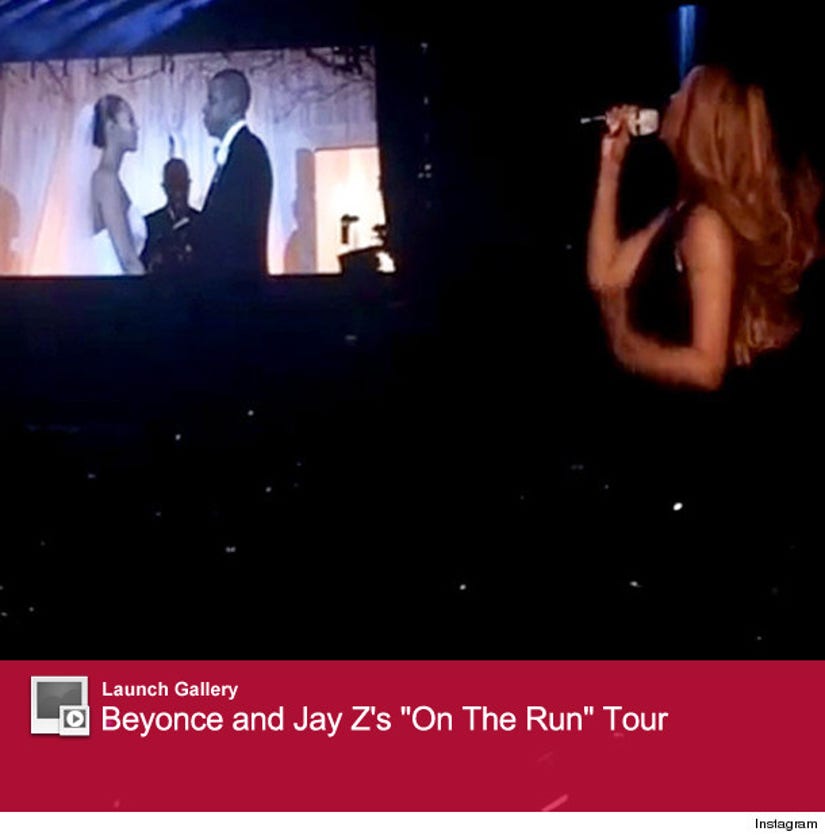 Beyonce and Jay Z are officially "on the run!"

The musical pair wowed fans at the opening night of their "On The Run" tour in Miami on Wednesday, showing private home videos of their top-secret wedding and their daughter Blue Ivy during a mash-up performance of "Forever Young" and "Halo."

The "Drunk in Love" singer first gave a glimpse of her wedding dress when she tried it on in her "I Was Here" music video, but she has never shared photos from the 2008 ceremony -- until now!

The footage was shown near the end of the duo's 41-song set when they performed "Young Forever." 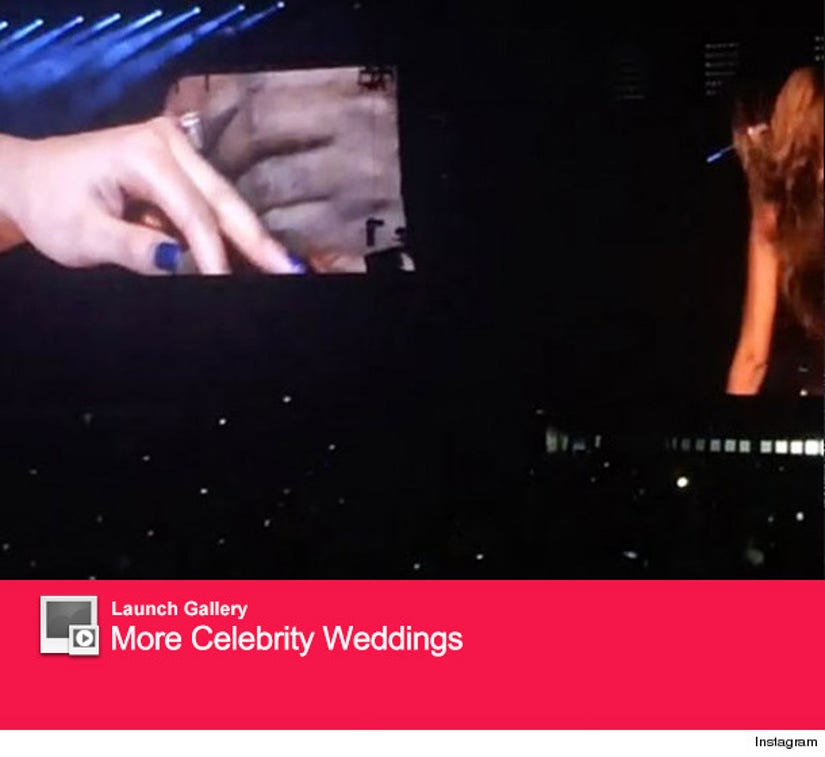 Jay Z performed a number of hits, including "N***** in Paris," "Izzo (H.O.V.A)" and "Hard Knock Life." His wife, meanwhile, performed fan favorites like "Single Ladies," "Drunk in Love" and "Crazy in Love."

Click "Launch Gallery" above to see more photos from the opening night of the "On the Run" tour!